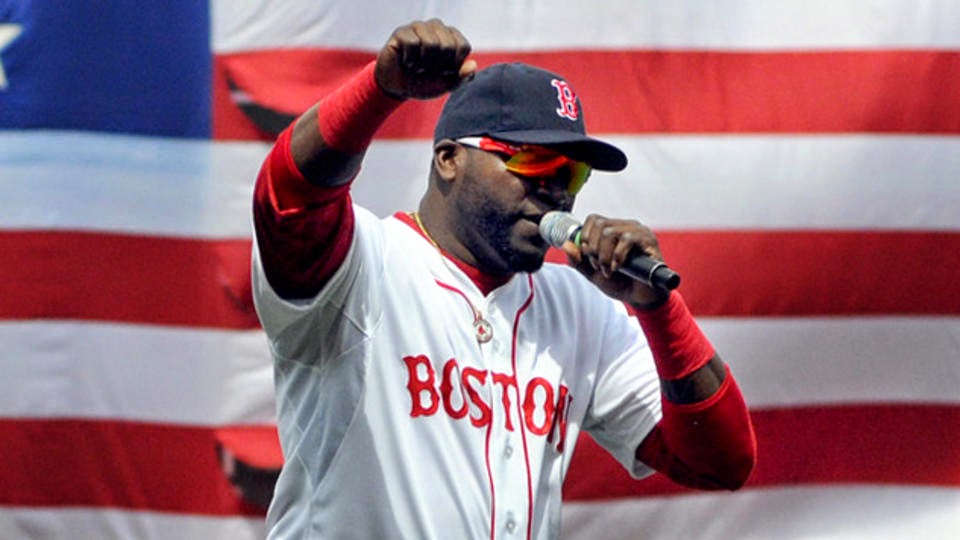 I'm not a big fan of the Red Sox because I'm a Cardinals fan and they beat them in the 2013 World Series. I only choose the Red Sox as number one because they got so many key pick-ups this off season picking up players like Hanley Rameriz and Pablo Sandoval. These two players will definitely be to two key factors for getting RBI's, runs, and both are power hitters. You can't forget the face of Boston, Mr. Ortiz. You would think that he would be slowing down a little with being 38 last year and 39 this year but he has proven that age is not a factor still hitting 35 HR's last year. Boston picked up some new pitchers to their rotation including Justin Masterson and Wade Wiley. I think that Bostons only weak point is that they don't have a veteran pitcher for the number one spot in the rotation.

The Orioles have become a really good team in the last three years. They've seemed to have developed into a playoff team. Adam Jones has been a team favorite being very consistent with a batting around .280 AVG and around 25 HR every year. Chris Davis is also a very good when he is seeing the ball well. He has definitely shown that he has power, hitting a whooping 53 HR's in 2013. Chris Tillman has really become a good pitcher for the Orioles having a pretty good ERA and has the number one spot in the rotation. I think that Baltimore will end up doing good this year without Nelson Cruz, I mean the did OK without them in 2013 making the wildcard.

Toronto looked like it was going to be a pretty good team during off season but with the loss of Marcus Stroman due to a torn ACL and will be missing all of this season. Toronto hasn't really ever had a very dominant pitching in awhile and losing him was a big loss. The two big key player for Toronto is Jose Bautista and Edwin Encarncion. Bautista could be a lot better for the team if he stays healthy which he end up being good last year and ended up up with some good numbers. Encarncion is know just as a power hitter, hitting 30+ HR in the last three years. I'm very interested to see how Toronto will end up doing but the same is with them that stands with a lot of other teams is that they have dominate bats and not so much to say for the pitching.

The Yankees don't look so hot this year, it might because they have a bad farm system and never have any good prospects to come up. It also might be the fact the they just buy all their player and they never preform as well as they would like. I think that one good buy that they did make was getting Masahiro Tanaka who looked very dominate last year against all batters. He had the problem with getting hurt last year though which really set him back a lot. You probably saw ("Key Player") and saw A-Rods name under there and had a weird look on your face. Everyone seems to hate him and I my self am guilty for that, but I think that he can have one last good season. I think that he still has power even with out cheating for it.

The Rays are not the same team that they were a couple years ago, that's for sure. They have a new team in the making right now with getting ride of some good players such as Ben Zobrist, Matt Joyce, Yunel Escobar, and Manager Joe Madden. I don't really have much to say about the team other than they are team that will be a work in progress and is the reason that I placed them very last.

This was a pretty hard decision to make with most all the teams in this division pretty much evened up for the most part. I really don't see any of these teams being a team is the leading team in the American League with 90+ wins, but I could always be wrong.

Don't be offended if you don't like my results because they are just my own personal thoughts and it's not like that they are garnered to be right.

I hope that you guys enjoyed it and I will have the AL Central tomorrow.