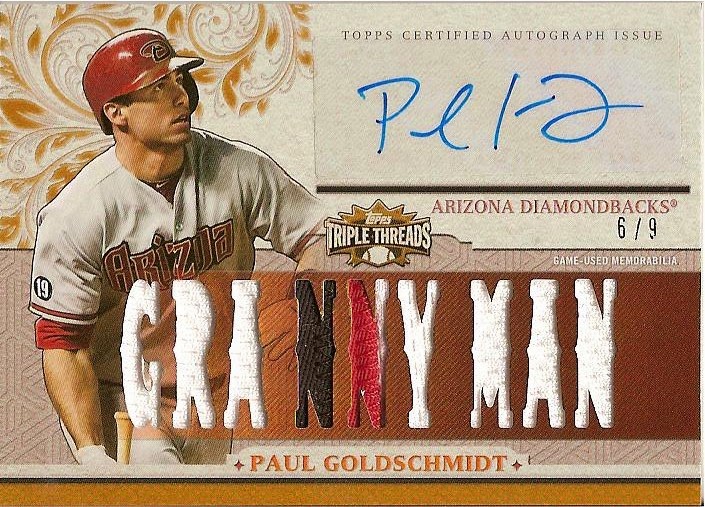 I've been so busy lately it isn't even funny. School is coming to a end and I'm trying to make sure to keep me grades up. I've also been real busy with track just doing lots and lots of running.

During the week that I haven't posted I have picked up a lot of card that I need to show some being some Goldscmidt's that I picked up. The shown above card is a 2014 Topps Triple Threads auto relic patch #D/9 "Granny Man". This card is pretty awesome and I'm happy to own it. 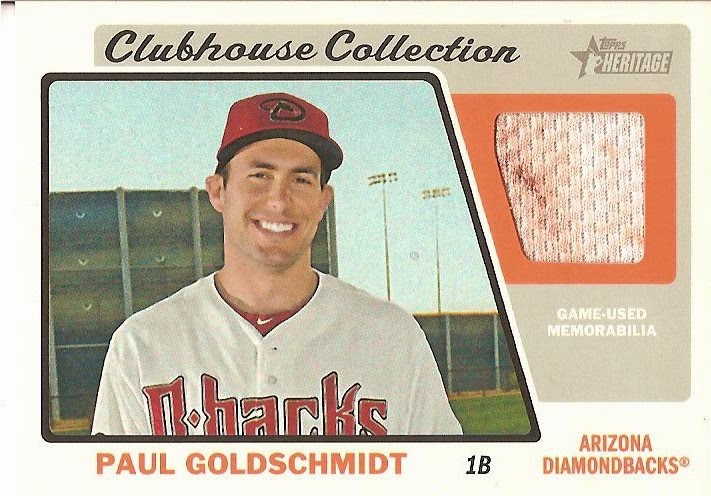 Next Goldy that I was able to pick up was this 2015 Topps Heritage relic. This is pretty cool because it has some game used dirt on it along with game used jersey. Two game used for the price of one. 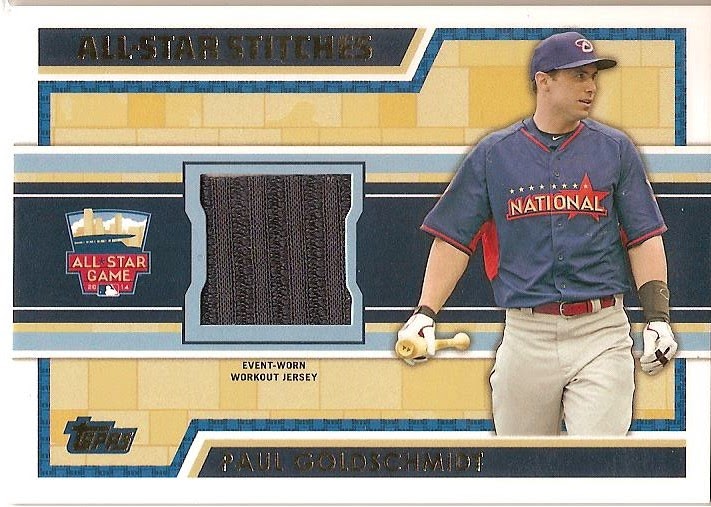 My Goldschmidt PC has come a far way from where I have started. I have several nice cards of his and could become a major PC of mine. If you are interested in seeing my other Goldys you can click on the tab near the top of my page that say "Paul Goldschmidt PC".