I got a package in the mail yesterday for a trade that I completed on Instagram. I decided to trade my Jason Hayward auto relic that I had because I'm not really a huge fan of cards of Cardinals players if they aren't in Cardinals uniforms.

I though that I would be able to get something nice out of the card so I decided to try to get more Paul Goldschmidts for my new PC. I was able to acquire the above 2014 Topps Triple Threads sepia auto relic #/75. This is a pretty sweet card and I'm glade that I was able to get it. 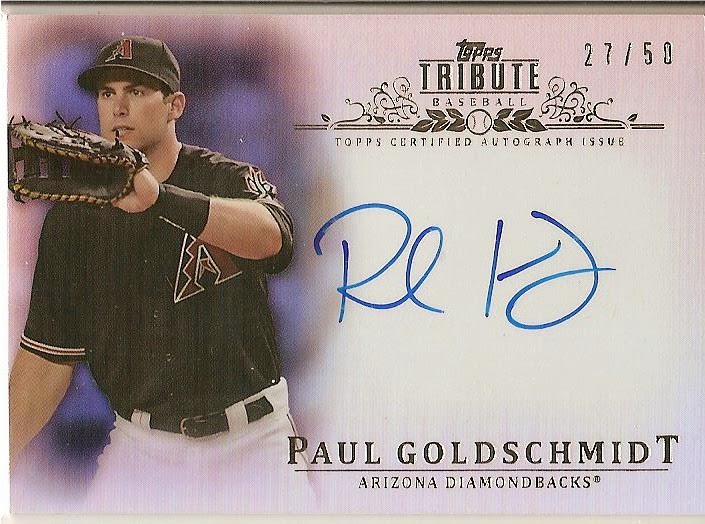 In the deal I was also able to get this 2013 Topps Tribute blue auto #/50 of Paul Goldschmidt. My Goldy PC is really growing now and I have another auto that should be coming in soon as well. I was surprised that I was able to get both the Triple Threads and this for the Heyward, but that wasn't all he offered. 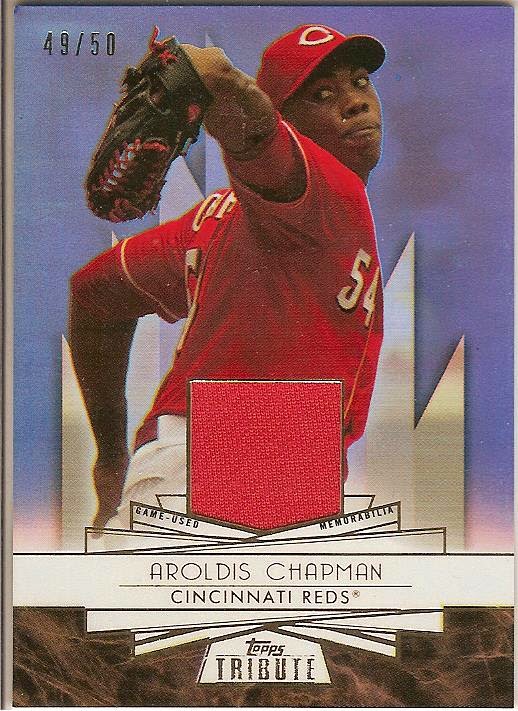 This was the last card that he offered me was a 2014 Topps Tribute Aroldis Chapman relic #/50. Overall it was a good trade.

There was only one problem that I had with the trade was that the card were sent the cards in a PWE (Plain White Envelope) and there was no top loader or penny selves on the cards and the only thing protecting it was two pieces of cardboard and a team bag.