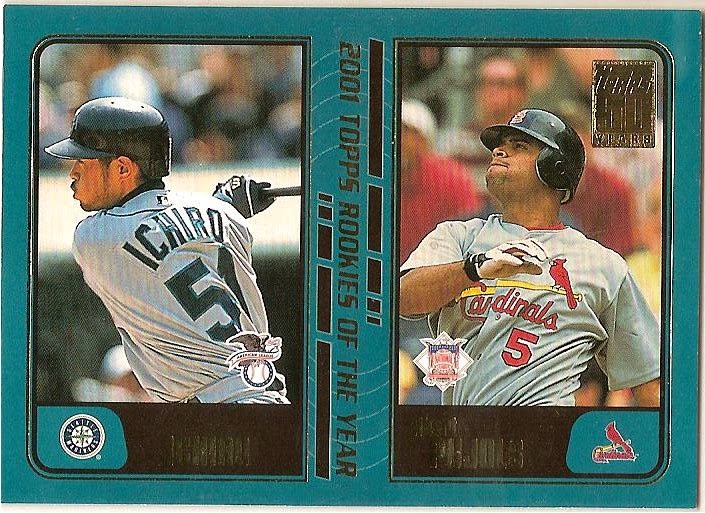 I have been doing a ton of trading lately trying to speed things up a little by getting some cards in. Instagram seems to be the one place to go to get the fastest and easiest trades done. One of those people on Instagram was Eric. I traded him my Matt Carpenter auto so that I would be able to add more to my player PCs.

One of the cards that I was able to get off him was this 2001 Topps Traded RC of Ichiro and Albert Pujols. This is a awesome card that I'm glad that I'm able to add to my PC. These are definitely two future hall of famers. 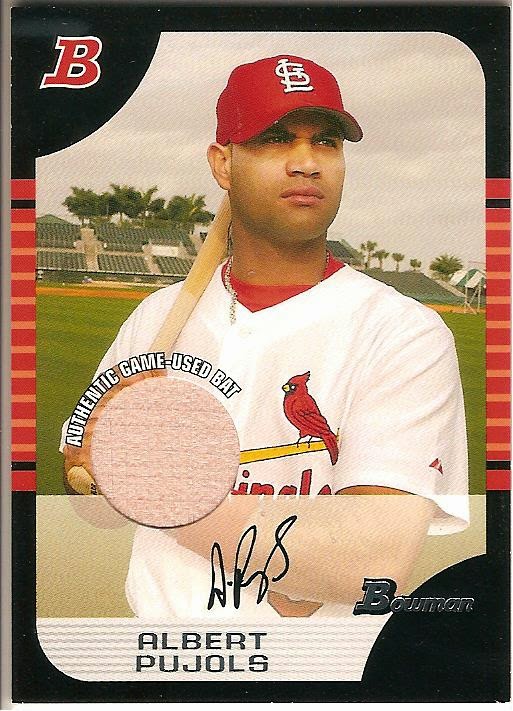 It's always nice when I'm able to add new Pujols relics when I don't have to pay for them. I was able to add this 2005 Bowman relic. I think that this was a pretty cool looking card so I had to add this. 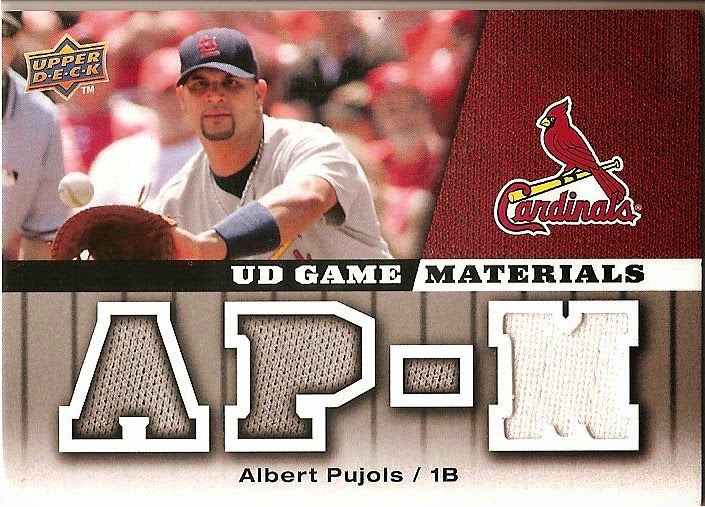 This is the 2008 Upper Deck Series 2 Materials relic 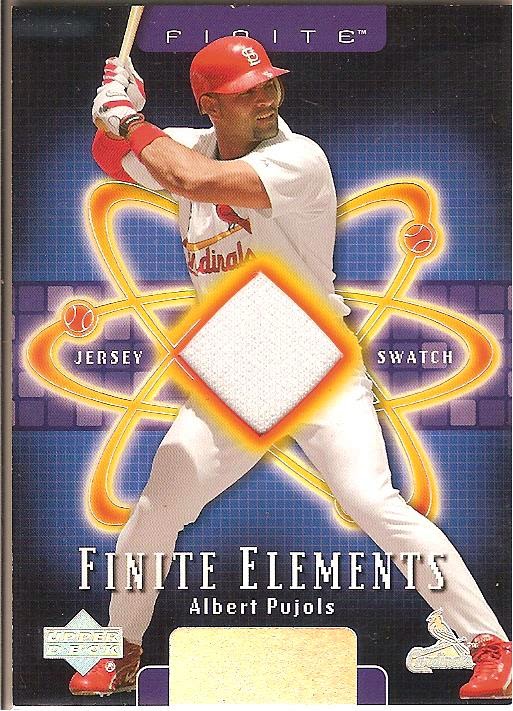 Last Pujols that I got in the trade was this 2003 Upper Deck Finite Elements. I have been able to add a lot more Pujols cards lately which is really nice. 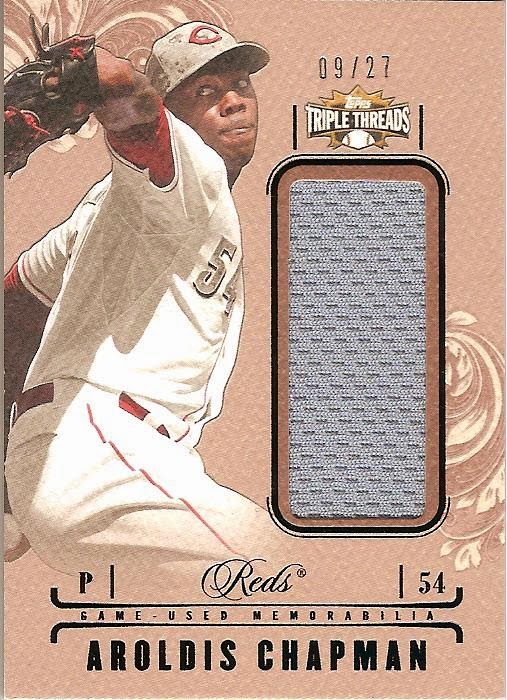 Last card in the trade was this 2014 Topps Triple Trades relic #D/27 of the flame thrower Aroldis Chapman. This is a pretty sweet add to the Chapman PC since I haven't been able to get much new Chapman's lately.