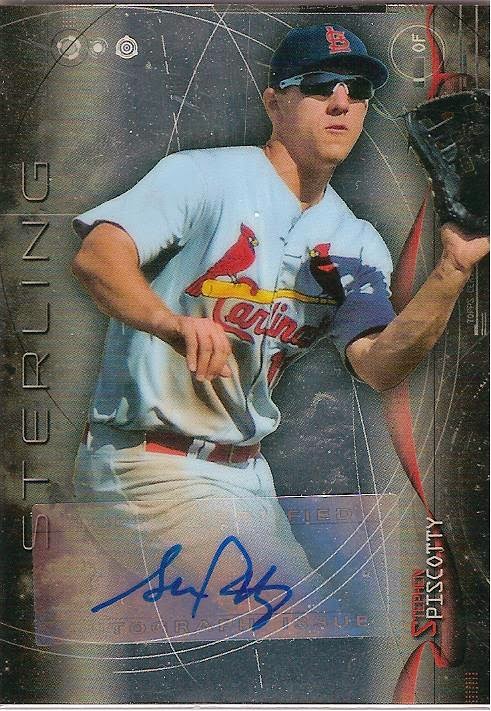 Hey everyone, yes I know that I haven't posted in what seems like forever. I tell you what, school has been killing me lately with all these assignments and stuff, I just don't ever feel like get around to post after school and just want some free time to myself.

It's snowed something like 4-5 inches today so I didn't have any school today and I happened to get a package in the mail so I thought it would be a perfect time for to do a post. I was really happy with how all of these cards scanned.

First card in the package was is this really nice looking 2014 Bowman Sterling auto of Stephen Piscotty. I really love the looks of the 2014 Sterling, I thought that last years design I thought was dumb.

Piscotty was a 1st round pick in 2012 and was 36th overall. Piscotty should end up make his MLB debut some time this year because he has been doing real well in the minors. Last year in AAA Picsotty hit a .288 AVG, 69 RBI and 32 Doubles I would say that was a very successful year for him. 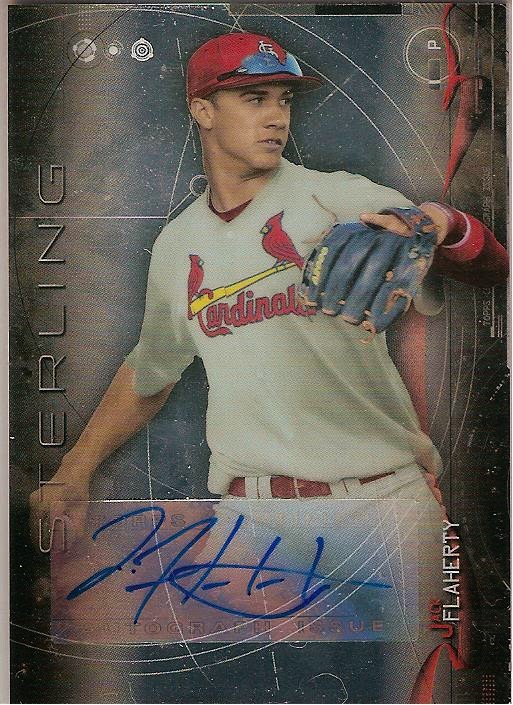 Next I got this Jack Flaherty auto who was a 1st round pick in 2014 and was 34th overall. It will be very interesting to see where this kid ends up for the 2015 season. He only played 8 games last season in the rookie league with six starts with a 1.59 ERA. I think that he will make it as far as AA or AAA. I pretty excited to see what will happen. 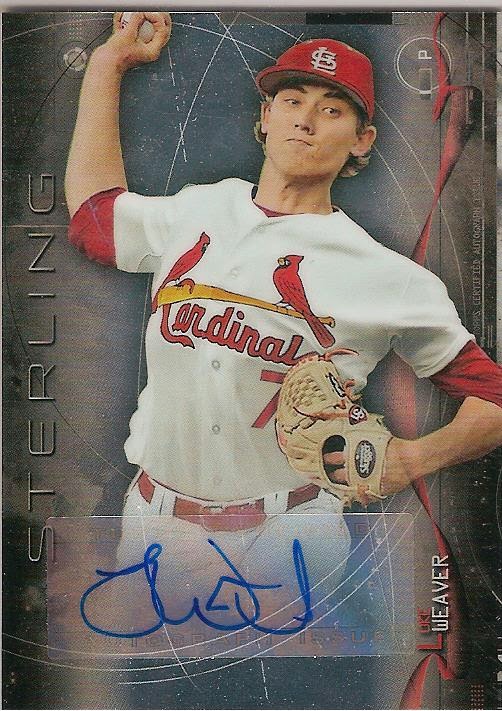 Last card that I got was this Luke Weaver who was also a 1st round draft pick in 2014 and was 27th overall. Weaver only played and started 6 games for the 2014 season going from rookie level to single A and didn't start off to well start with an overall 7.71 ERA. I think that he will end up doing just fine during the 2015 season.

Thanks Michael for the awesome cards!