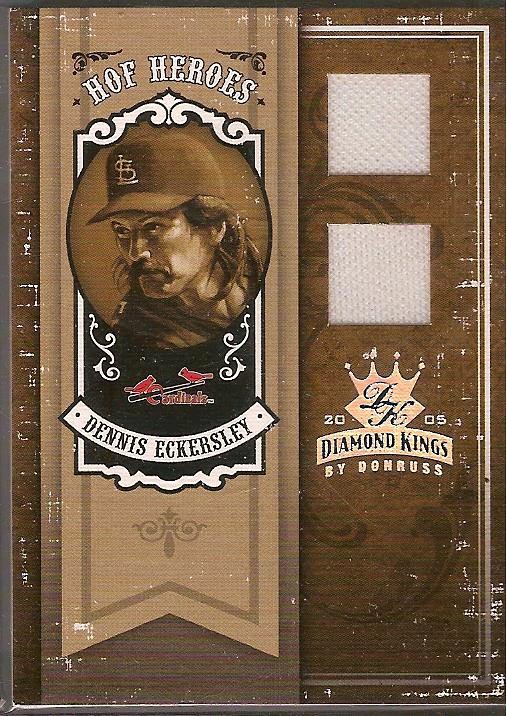 I completed my second trade with Michael S. I traded with him about a week ago for the shown above 2005 Diamond Kings Dennis Eckersley relic /25 in return I gave him a couple Berkman relics that he needed. I knew that when getting this card that it was going to have some surface damage, but that doesn't really bother me because it is still a Dennis Eckersley relic. 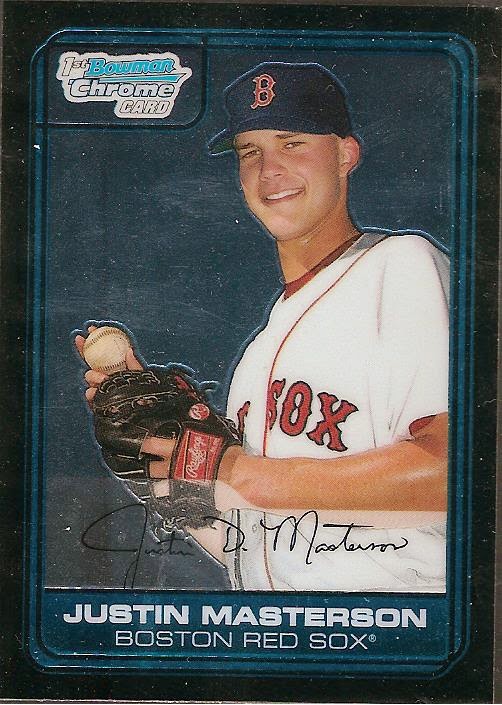 Michael was kind enough to throw in some extras for me, and on of them was a RC card of the Cardinals new member, Justin Masterson. I think that Justin is going to do a lot better in St. Louis than he did he did in Cleveland because now he has a defense to back him up, and he has Adam Wainwright to help him out.

Thanks Michael for the everything!