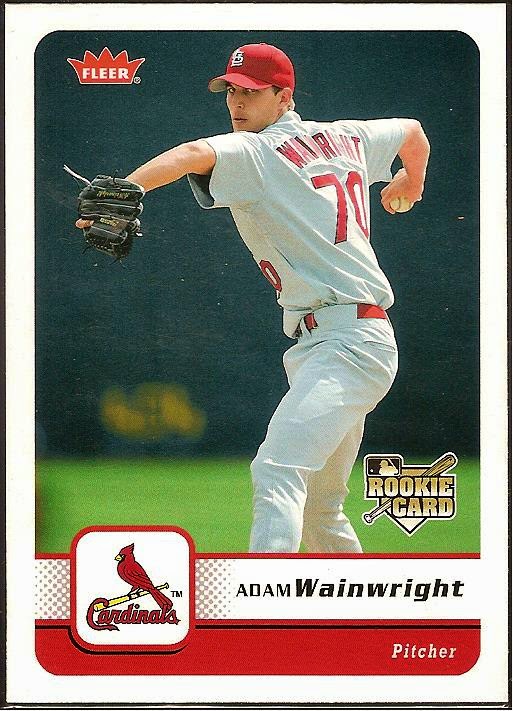 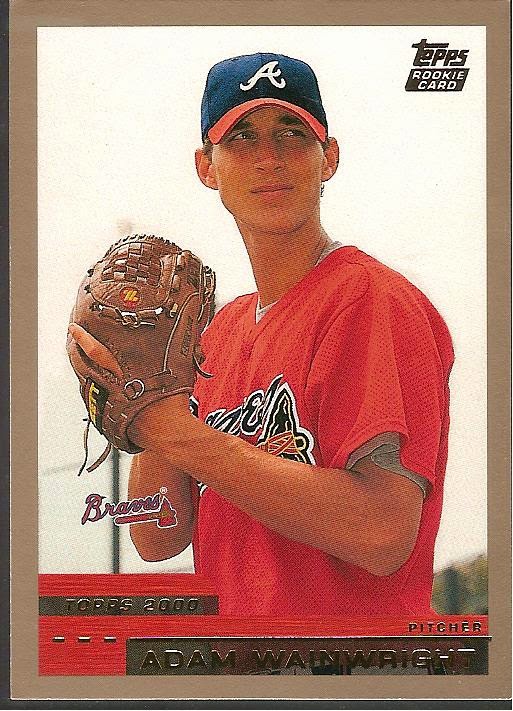 I completed a trade recently with a guy on Facebook that William had told me about, he had told me that he was an awesome guy to deal with, and he was right. Bruce and I talked for a while talking out a trade, and what we felt was fair trade and set on deal and we both decided that we would throw in 'extras'.

Some of the 'extras' that he threw in were these two Adam Wainwright that I didn't already have, the top one is from 2006 Fleer and the bottom one is a 2000 Topps when he was still with the Braves before he was traded to the Cardinals for J.D Drew. (Lopsided traded in the Cardinals favor) 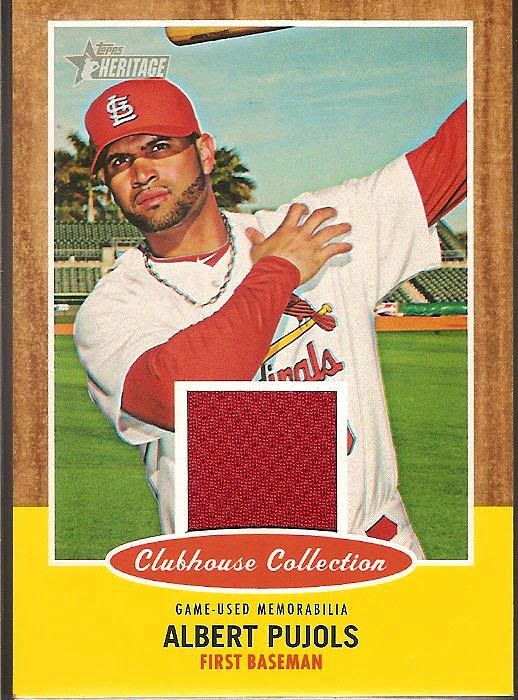 One of the many cards that Bruce showed me was this 2011 Topps Heritage relic of Albert Pujols, and I knew that I had to get it because, one I love 2011 Heritage, and I was really needing to add more relic's to my Albert PC. 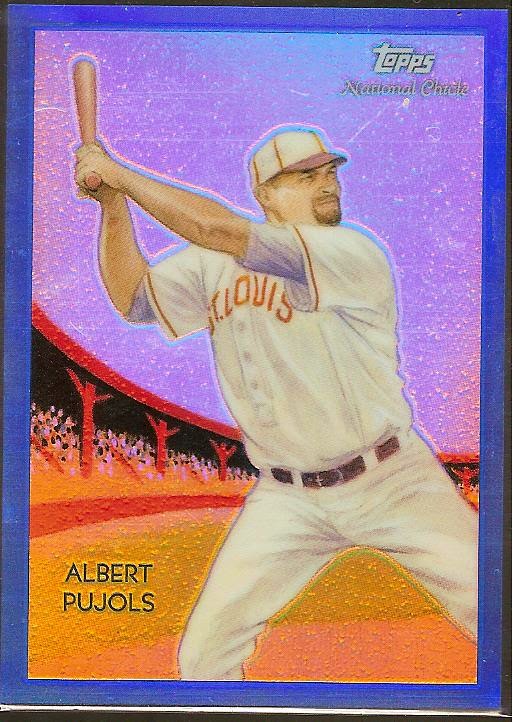 Another card that he showed me that got my attention was this 2006 Topps National Chicle blue refractor #D/199. One thing about my Albert PC is that it is mostly consisted of just base cards, so when I'm ever able to add a parallel or relic it is always nice to do. 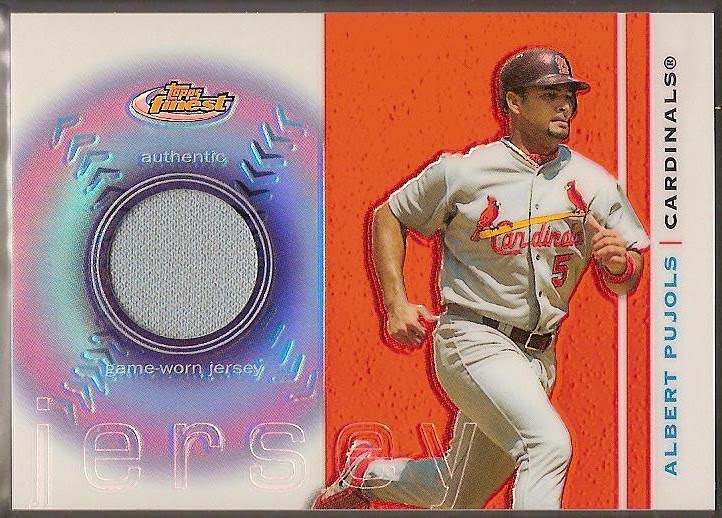 Speaking of it's nice to add relics to my Albert's, Bruce had yet showed me another Albert relic that got my addition and I couldn't let down this card, this is 2003 Topps Finest relic, and this look pretty epic in person. 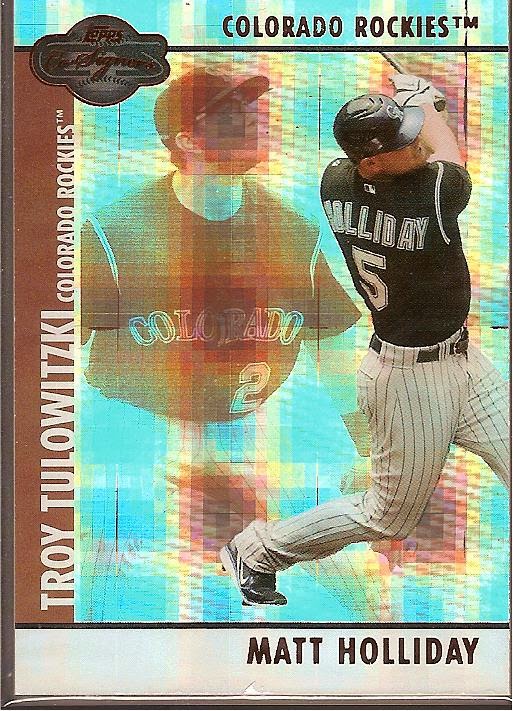 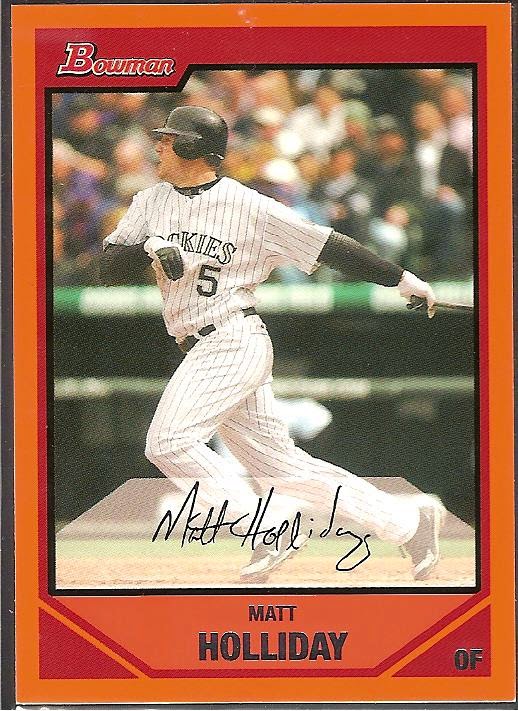 In all of the pictures that he showed me there was these two Matt Holliday parallels that I didn't already and was differently happy to add these to me PC. The one on the top is a 2008 Topps Co-Signers X-Fractor I think but I'm not positive on that, and oh it is #D/75 the bottom one is a 2007 Bowman Orange #D/250. I guess that I didn't have the base card for that years Bowman, so now I will have to get that too. 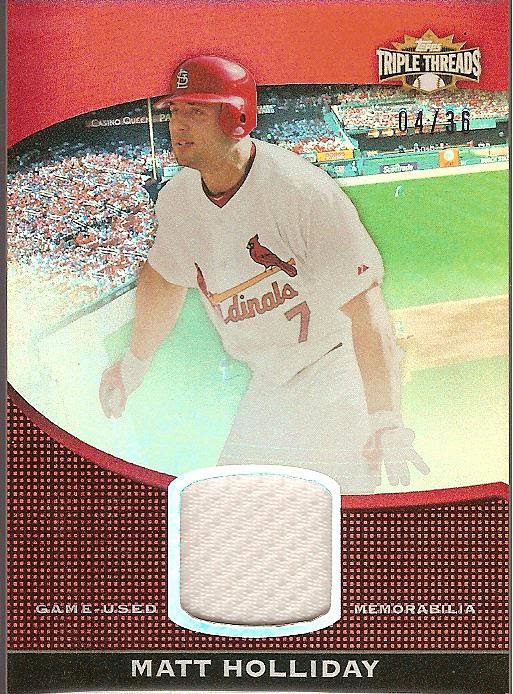 The last 'extra' that Bruce kindly took out of his own PC for me was this 2011 Topps Triple threads ruby relic #D/36. This card came a surprise to me considering that he took it out of his own PC, well this card deferentially went to the right place because it's now in my PC.

That wasn't all that Bruce had gave me he also gave me a 2013 Bowman Platinum Javier Baez purple refractor and a 2014 Bowman Jose Abreu prospect card as 'extras', just wow.

Thanks Bruce, I really enjoined all the cards that we traded for and also the 'extras' that you added!
Posted by Unknown at 8/18/2014