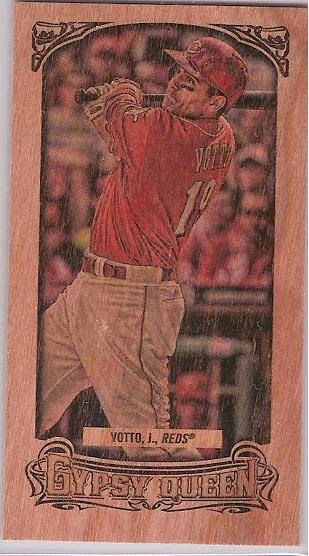 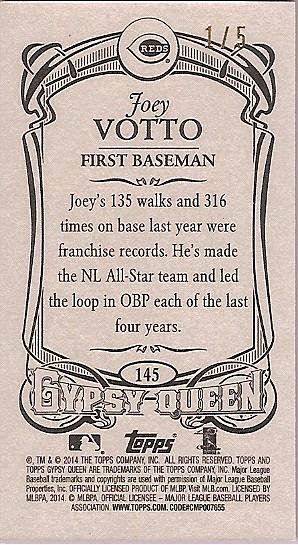 Hello everyone, Andrew here. I didn't post all last week because I was busy, and I went to the Cardinals game on Friday to watch Adam Wainwright get beat up 7-4 to the Brewers.

I went to the game with me best friend, and fellow blogger Weston.

On are way home we needed stop at a couple of place to run a couple of errands and on are way to one of the stores we saw a Target and decided to go over there to get some cards to open for the way back home.

I decided to pick me up a blaster box of 2014 Gypsy Queen. When I opened the fist pack I pulled the shown above wood mini of Joey Votto #D 1/5, and when I pulled I was freaking a little out, I never though that I would ever pulled something that low numbered out of a blaster box.

After I calmed myself down a little I went ahead and went to the next pack and what was in that, well I don't know..... just a relic of Mike Leak! Hummmm I think that this just might be a Reds hot box. 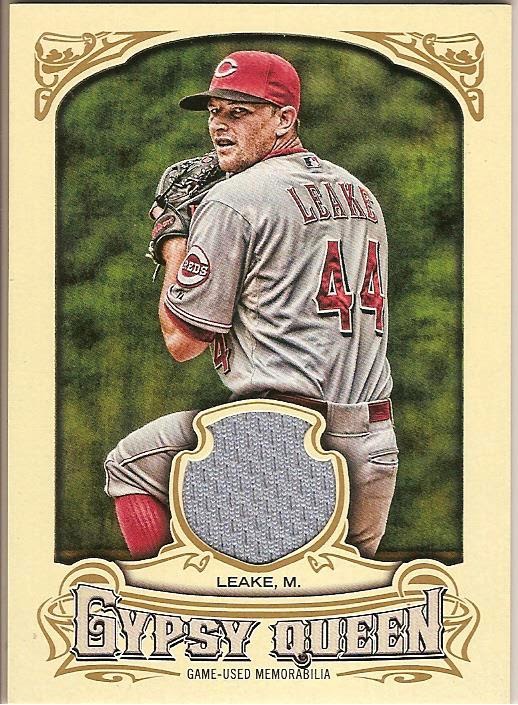 You are probably asking right now what were the chances of pulling a wood mini card /5, well that would be 1:555 packs, yeah that right I beat the odds pretty well, and the chance of pulling a relic 1:60 packs. If I could have bought a lottery ticket that day I think that I would have won.

Overall this was one of the best blaster boxes that I have ever opened. I really love the wood mini parellels and I hope that I am able to get one for my PC.