I added $10 on COMC to spend for my PC player, and I was able to pick up six new Aroldis Chapman RC's, on being the shown above 2011 Topps Chrome. 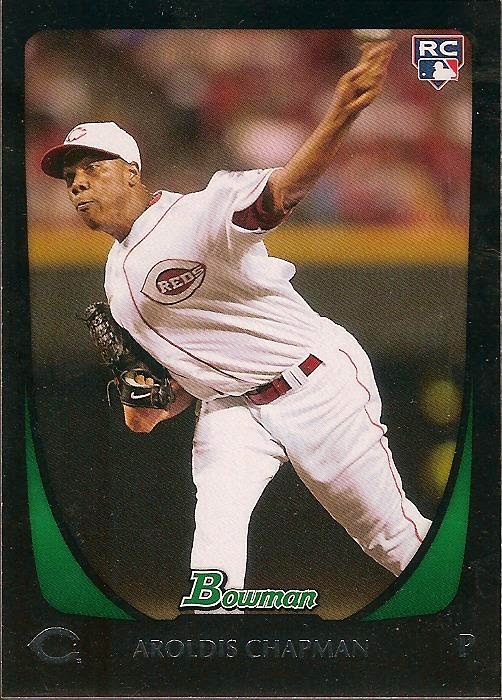 Surprising I didn't have this 2011 Bowman already, but had the gold version of this. 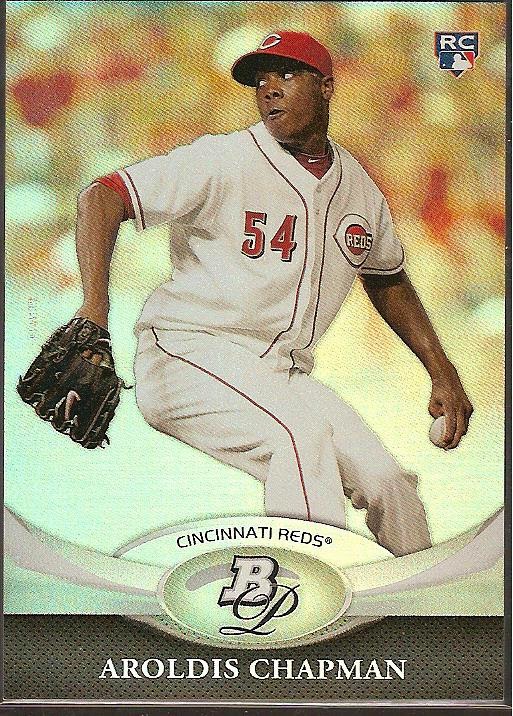 This 2011 Bowman Platinum is another one that I had the gold version, but not the base. 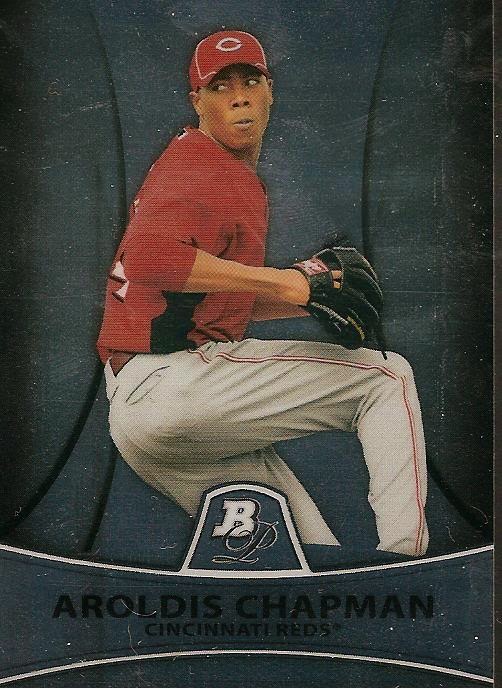 I'v been needed to pick me up one of his 2010 Bowman Platinum prospect cards for awhile now. 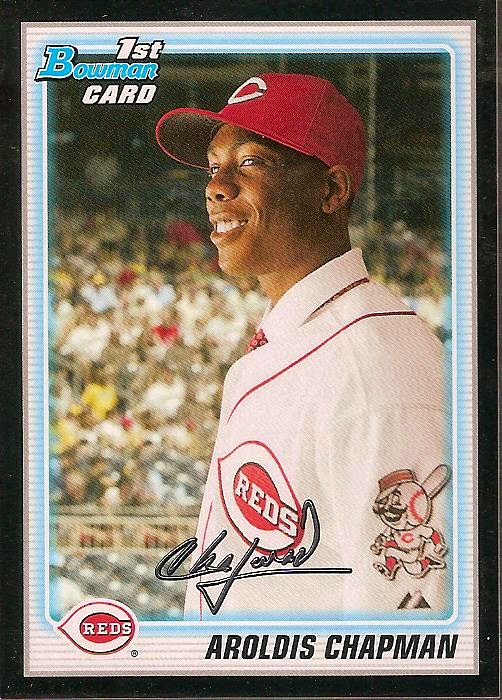 I already have the base version of this 2010 1st Bowman card, but was able to pick up this wrapper redemption black for only $0.35 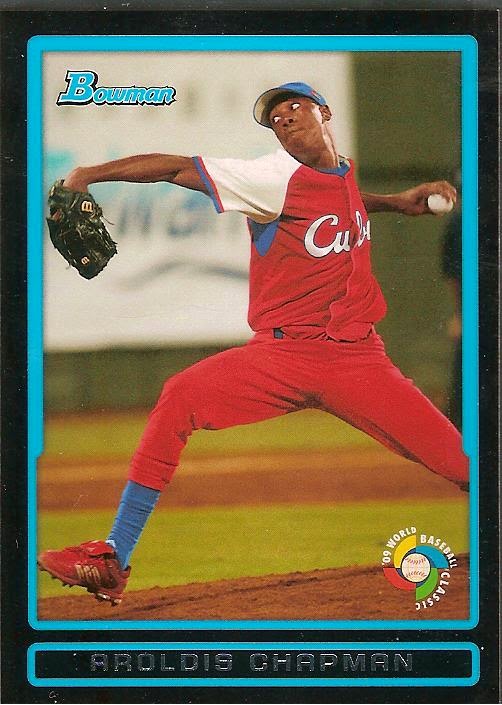 Last card that I got was this 2009 Bowman World Classic, and this also only cast me a low price of $0.38

Overall this was a great cheap perchis for me, for all six of these Chapman's it only cost me a total price of $2.72.