Yadier Molina #D Cards, And Thoughts About Yadier Going To The Hall 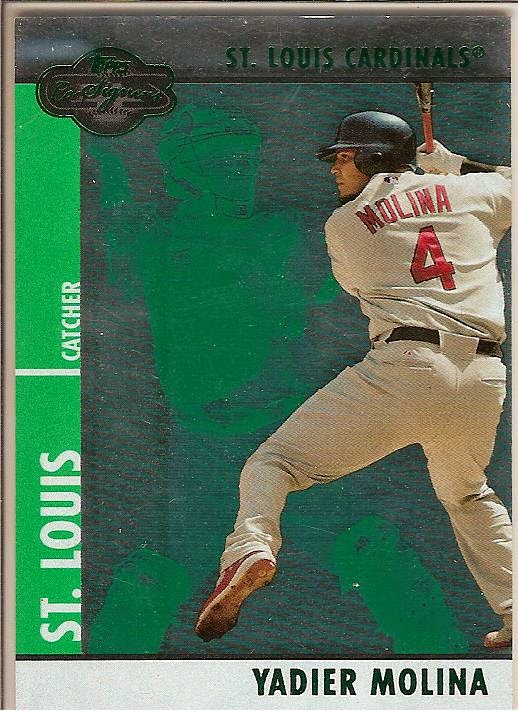 Well, as I said in my last post I wold have a little more to show off from what I got form my friends. I was able to pick up three really nice numbered cards of Cardinals catcher Yadier Molina. 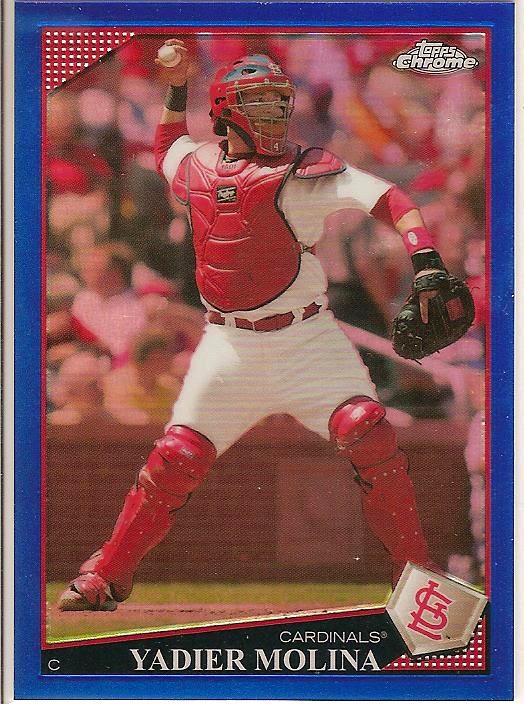 Yadier is the best defensive catchers ever to play the game of baseball, and in my mind he will head to the Hall of Fame with no problem of he has another good two to three years hitting above .300 Avg. Yadier has throw out 236 running as of 2013 and that is 45% of all running trying to steal on him. 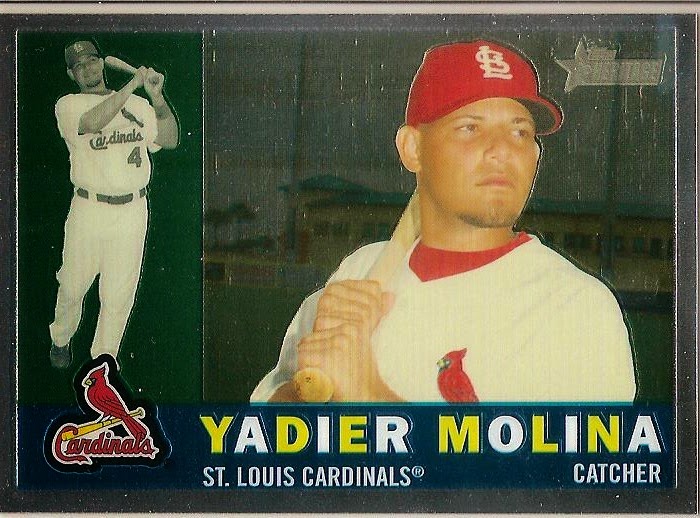 Well, I know that for a lot of people Yadier doesn't have the numbers to be in the Hall of Fame, right now for career numbers Yadier has.285 Avg, 1269 H, 96 HR, and 579 RBI. OK, so yes those numbers are not worthy for the Hall of Fame, but in my mind he still has 5 more good years behind him, something else that will help him to the Hall will be all of the awards that he has earned

2x world series champ, 6x All-Star, 6x Gold Glove, 2x NL platinum Glove, 1x Silver Slugger. With all those awards give him a bigger chence of making it, and he will still have more to come in the future. Well, that is all my thoughts on Yadier Molina and if you didn't like them to bad, and if you did good for you.