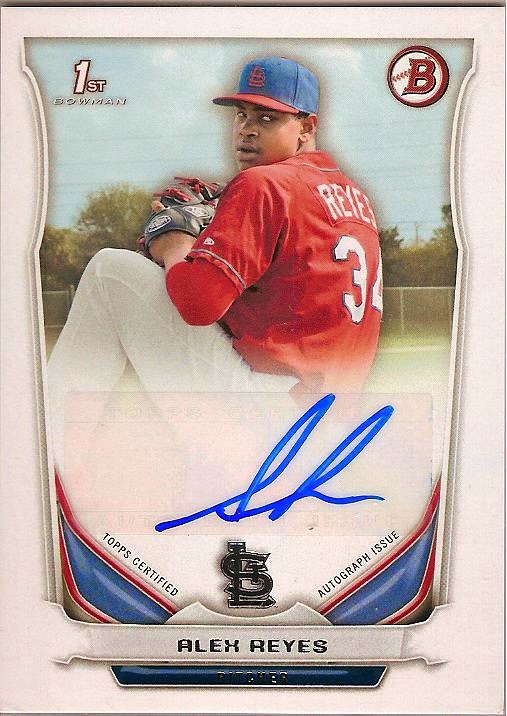 I busted a retail blaster box of Bowman about a month ago and was going to post about after I opened it, but it totally slipped my mind until today. I had to go dig out all what I got from the box that was worth scanning.

I was actually able to pull another auto and this one was of Alex Reyes and even better he's a Cardinals. This card right here was already worth my box and it came out of the first pack. I thought about just stopping there. 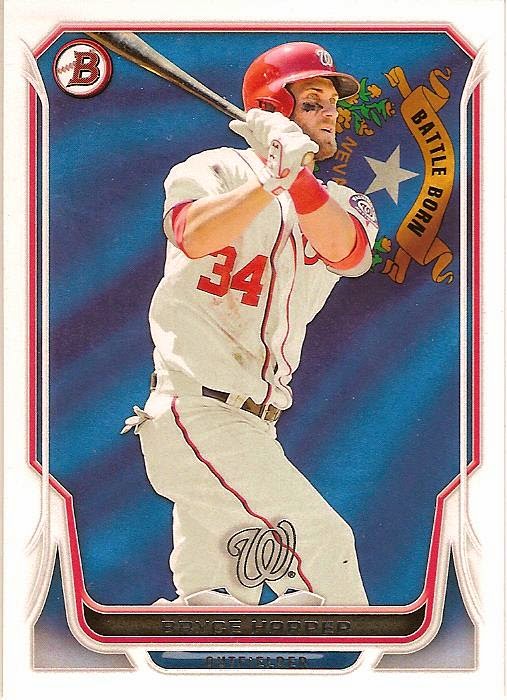 I really wasn't expecting anything else good out of the box after pulling that auto, but I guess my luck was going good that day because next card that I pulled was this Bryce Harper international. I know that this card will make some good trade bait. 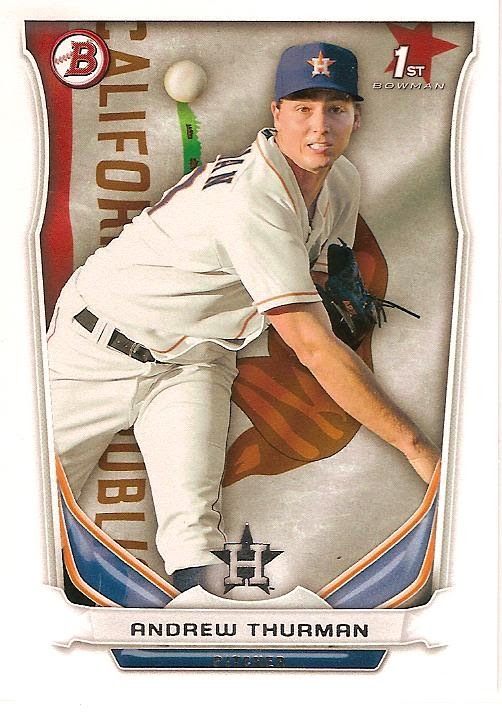 After the Harper the next pack held another international, this one of Andrew Thurman. Andrew was a second round pick by the Astro's  in the 2013 Draft. He is currently playing in low A ball right now, and not doing so hot. 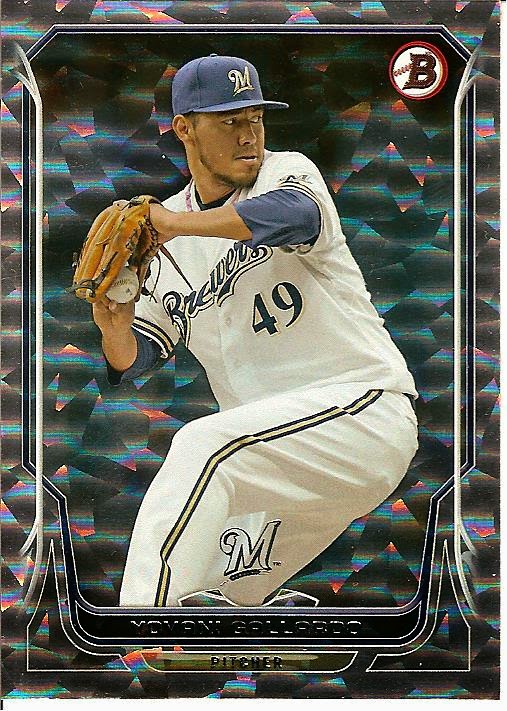 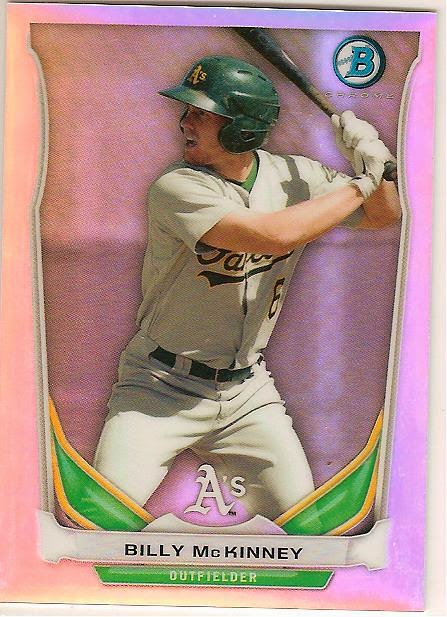 Next, I pulled this sweet Bowman Chrome mini of Billy McKinney. Billy got traded to the Cub in a big trade about a week ago. Billy was a first round pick for the A's and was 24th overall. 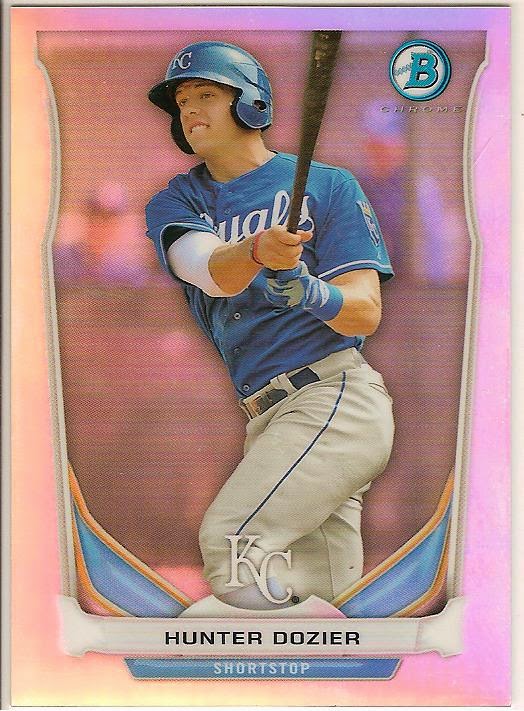 Last good card that I got was this Hunter Dozier Bowman chrome refractor #D/500. Hunter was drafted b the Royals in the 1st round and was 8th overall. Hunter was called to AA not to long ago and is doing pretty well.

Overall this was a pretty decent box and was worth my money.