Hello world, Andrew here. Kolten Wong is currently the second baseman for the St. Louis Cardinals, and he is doing a lot better this year than what he did last year with average wise.

First is this 2011 Bowman Prospect Black. You can't tell from the scan but in person the black on the card is a little beat up on the corners and is really easy to see to see whit spots, and that is a big reason I don't like these black bordered cards. You need to pretty much put them straight into a penny sleeve when you pull it out of the pack if it isn't already have damaged. Next, is a 2013 Bowman Chrome mini. I know that I ready had this card but mine was a little messed up and had this scratch that went all the way down the card, so it was nice to get a replacement one that is in perfect condition. 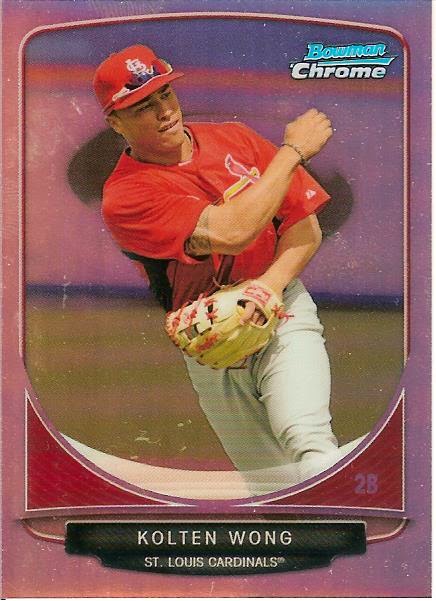 Last, but not lease is a 2014 Bowman Chrome Top 100 prospects. Kolten Wong is rated 69th. I think that this would be a fun set to try to put together, and it would probably get your money worth if some of the prospect become super stars later on. 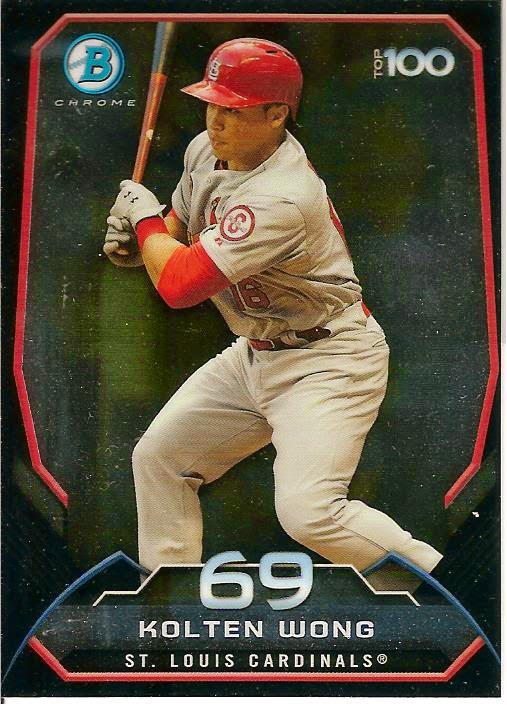