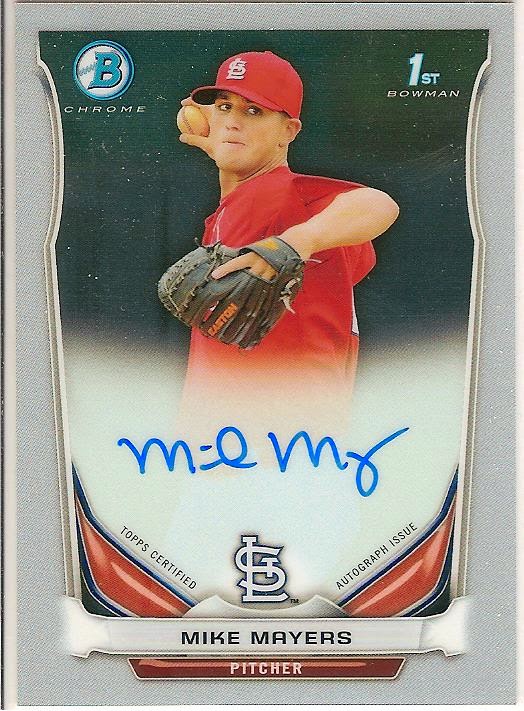 Hello everyone, Andrew here. I got a decent sized box in the mail yesterday from Judson from the blog My Cardbord Habit. I messaged Judson asking him if he would want to do a trade with me because I needed a ton of 2014 Bowman base card that I needed for the set, but he told me that he would just give me what ever he had that I need as a gift, and I needed a lot. He was able to get every card that I needed except for one, card number 8.

Card number 8 is now the only card that I need to complete the 2014 Bowman base set, there was also something else in the box that Judson sent me that was a complete surprise was the show above 2014 Bowman chrome Mike Mayers auto.

Mike Mayers was drafted by the Cardinals in the 2013 Draft in the 3rd round. Mayers is currently playing for the Palm Beach Cardinals team, and is not doing as I think he could, right now he has a 2-6 Win-Lose record and has a 3.78 ERA.

Thanks Judson for all the Bowman needs and the Mayers auto!