Hello everyone, Andrew here. I finally got a Yadier Molina RC. This is a big thanks to William of the blog foulbunt.blogspot.com. I have been wanting a Yadier RC for awhile now, I mean they really are not cheap. I think there is one that is on COMC like mine that is at $8. 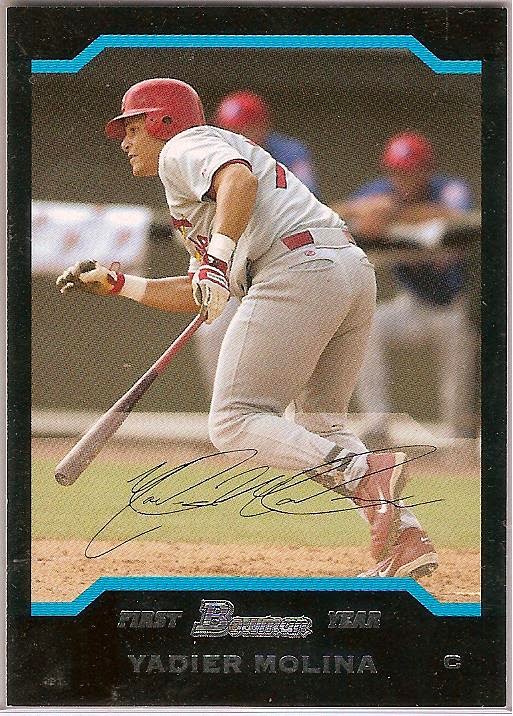 Yadier has become the best catcher in the league. He has been with the Cardinals for 11 years now and has been doing amazing behind the plate stopping something like 48% of runners. He also has hit a .300+ BA for four year (2011-2013) and once in 2008, so yeah I would say without Yadier the Cardinals wouldn't be anywhere.