Hello everyone, Andrew here I received some mail from William that had some nice stuff in it such as some 2014 Topps! William was able to go to target and pick some up and pulled some nice looking cardinals parallels and inserts. 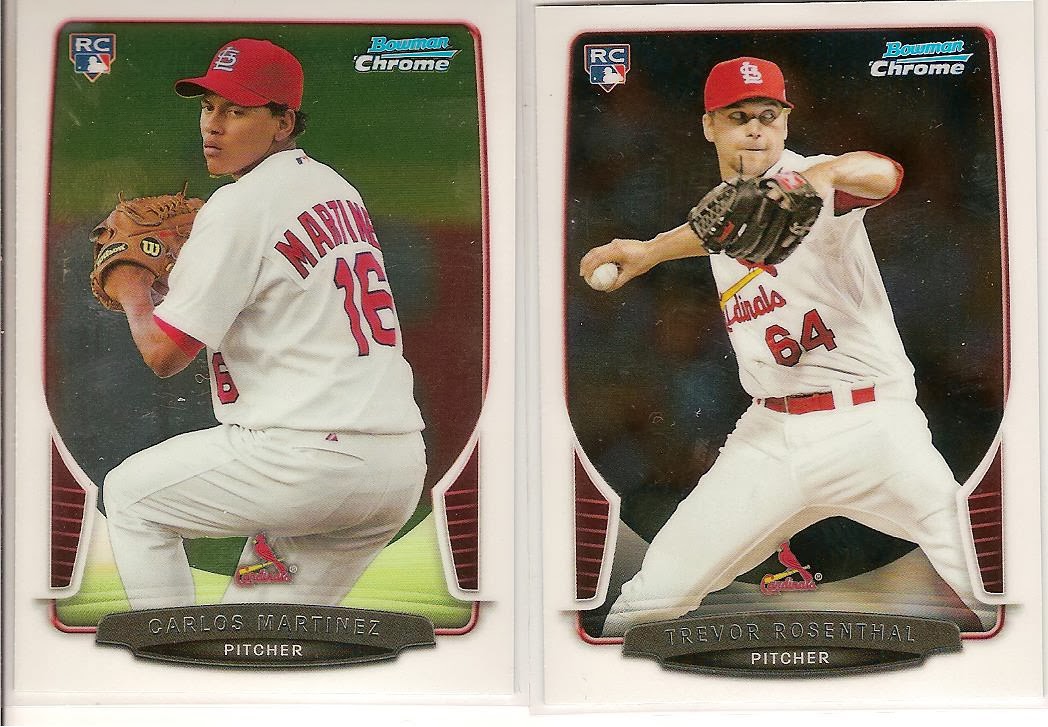 Now for some 2014 Stuff I have two Super Veteran Cards Matt Holliday and Aroldis Chapman. I really love the looks of these cards. I like how they have the team that they started off with there rookie year. 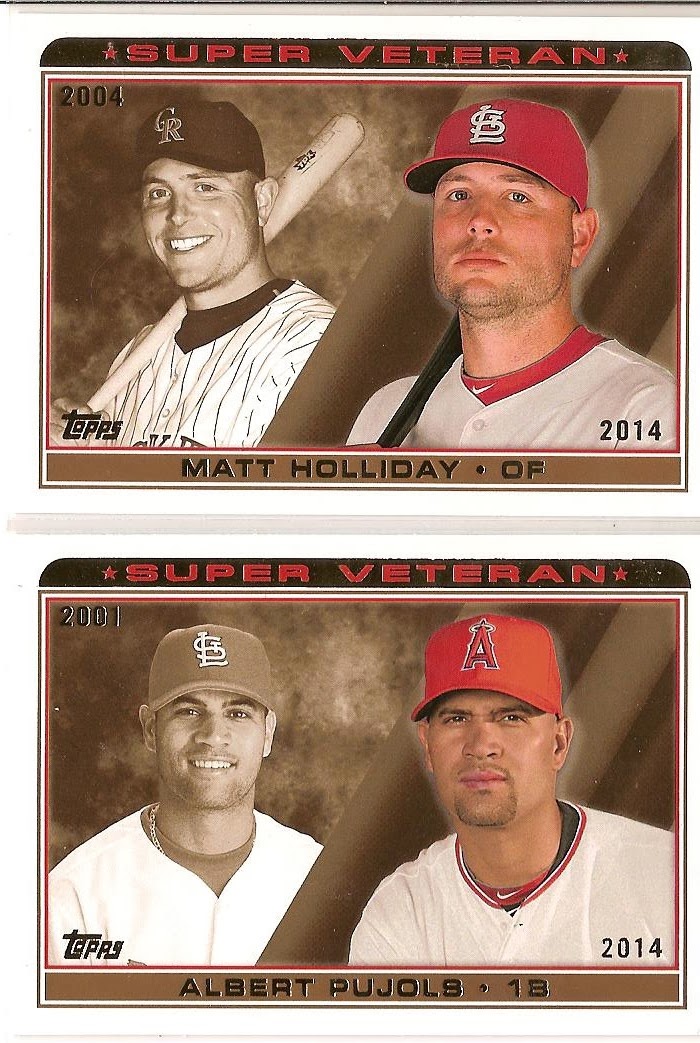 Not lease is this 2014 Topps The future is now insert of Shelby Miller. I love this insert so much that I think that I'm going to try to do it my self. I really do like the design of them. 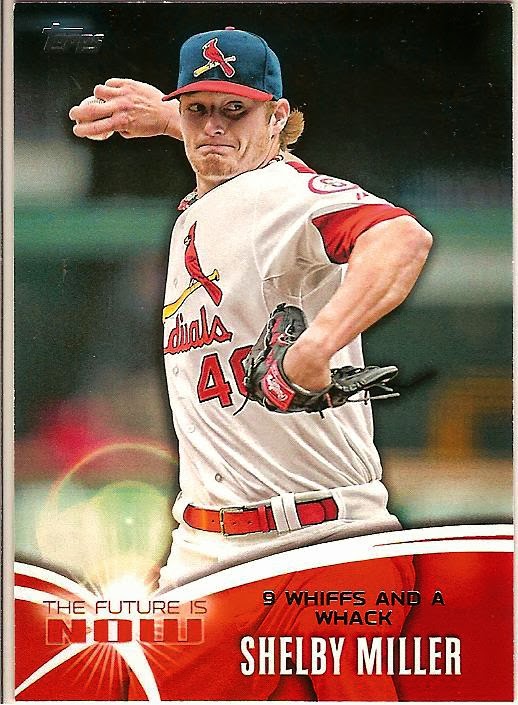 Last, but now lease are two Target red parallels that William got. I think that it was pretty awesome that he was able to get two red parallels and both Cardinals... Heck yeah! 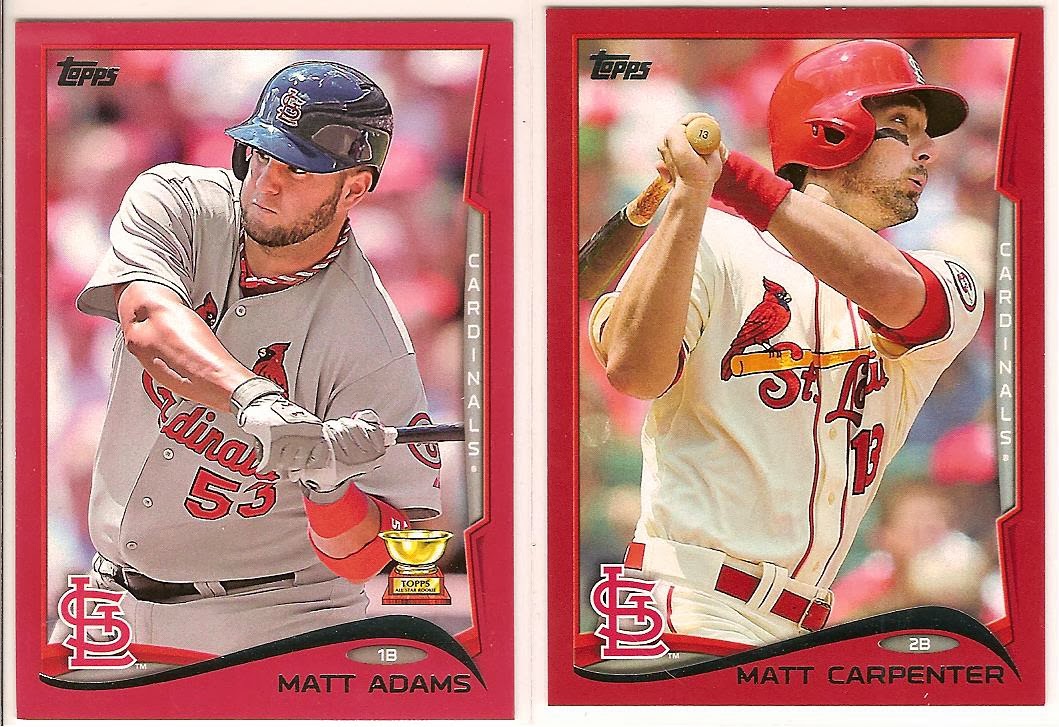 Thanks William for the Cards as usual I always enjoy them a ton!