Hello everyone, Andrew here. How are you guys doing? I don't know about you but I'm doing pretty good myself. Today I'm am going to be showing you guys what all I have in my Aroldis Chapman PC that are just hits and autos, most to just show off what I have.

I have a total of  7 hits in my PC right now, and it is still growing. I'm going to start off with the reason why that I started collect Chapman in the first place. The main reason that I collect him would be when I first ever saw him on his 2011 Topps RC card. I have liked him ever since. I think one reason is because I thought it was a bit interesting that he was a starter that could throw 99 MPH and that was just him getting warmed up. Ok so you probably all ready know the main reason. I don' know maybe because he is capable of  I don't know... top speed pitch of 105.1 MPH! 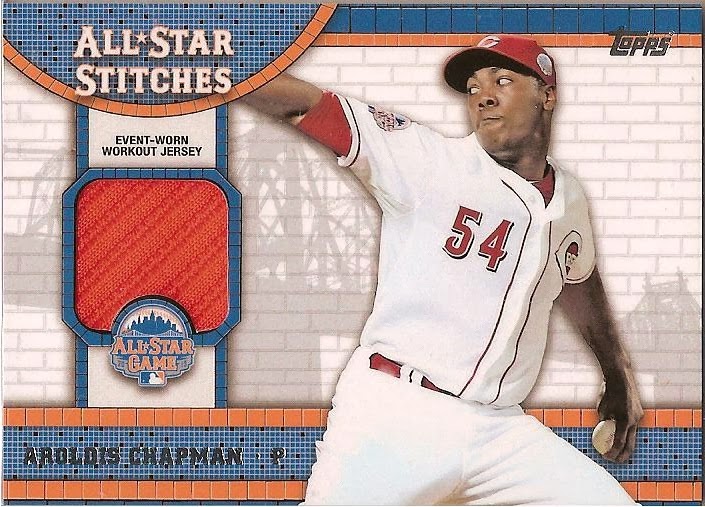 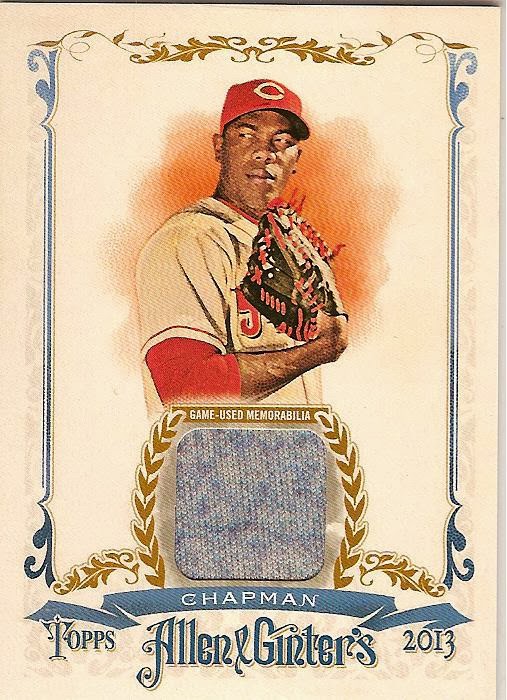 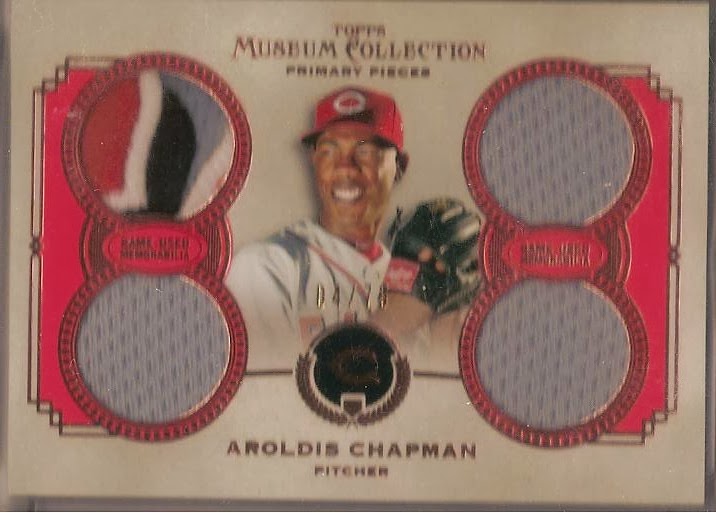 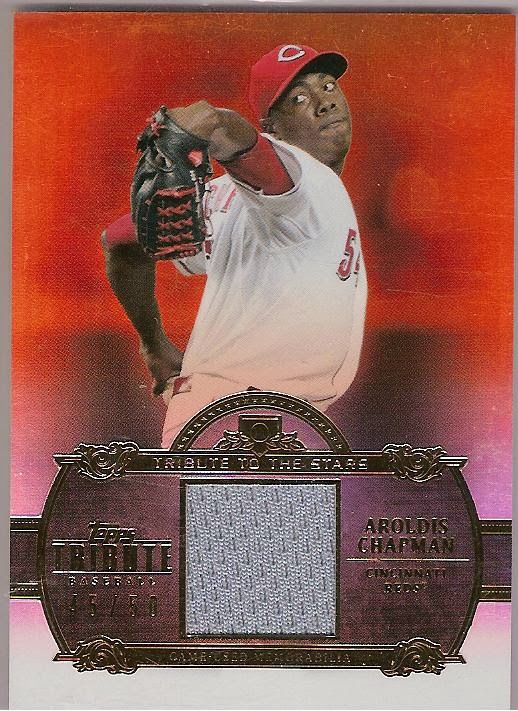 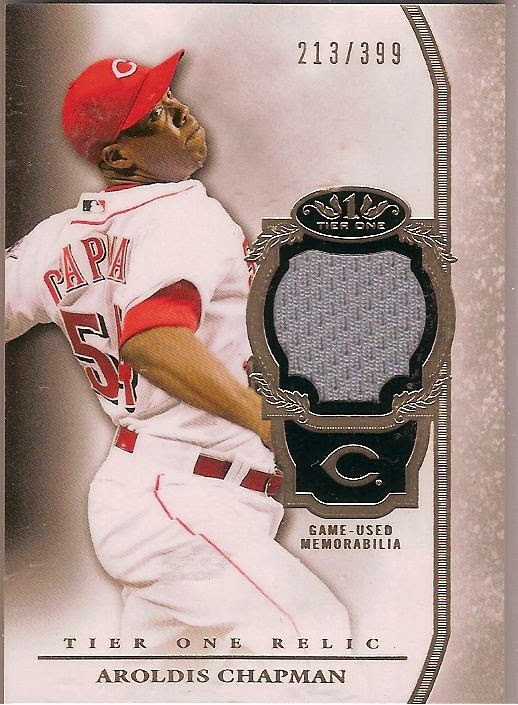 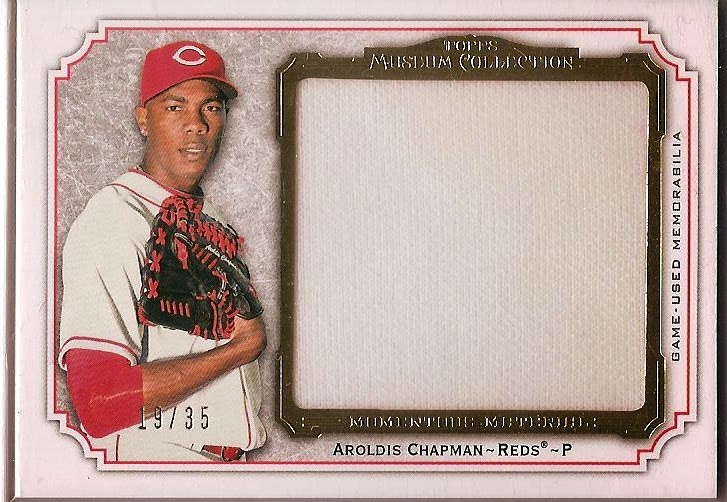 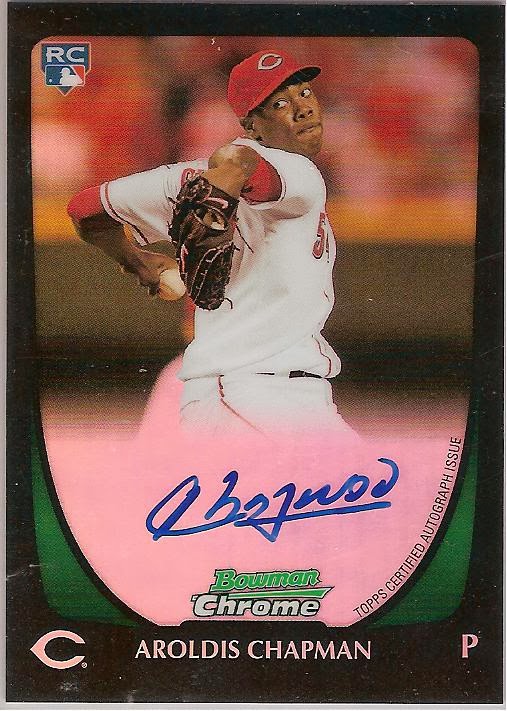 That's all the hit of Aroldis Chapman that I have right now. My favorite card of him would have to be the 2013 Topps Museum Collection patch #D /75. The patch on that card is sick! I only paid $10 for that card to!