Hello everyone, Andrew here. I went to Chicago this weekend and hit up a card shop with my friend Weston. Well, my first thought of the card shop that we went into was that this shop was not took very organized well at all which was really sad considering that they had some really good stuff there That was just laying around that should be on the wall, and they could make that shop look really nice looking.

I mean this card shop had some really sweet HOF signed baseballs and just super star signed baseballs, they probaly had 50+ HOF signed baseballs, they also had some sweet signed photos. Another problem that I had with this shop was that praised Beckett if it were there God, so in other words they wanted top value for any card that they had. For example say if they were to open a pack of 2013 Topps and just pulled a plan base card of Matt Holliday they would want like a $1 and that meant that I wasn't going to buy any base cards from them, and I ended up with a 2013 Topps Mini Baseball box. OK enough with my whining.

Like I said I was able to pick up some 2013 Topps Baseball Mini Box. I payed $50 which is a pretty awesome price for what you get in these boxes. I was super happy with what I got out of my box and I think that I got a bit more than what you were suppose, so I will go ahead and show you guys what I got. 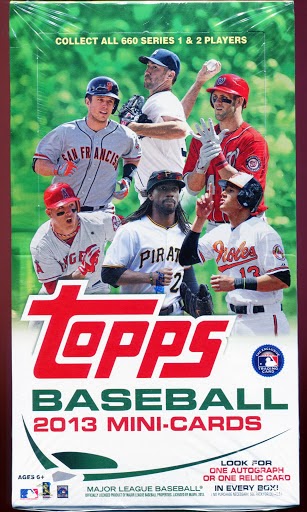 First off with the Chasing History minis Pack odds 1:4 I pulled 6 and I'm going to be showing the best 3


Cal Ripken Jr. (Not For Trade) 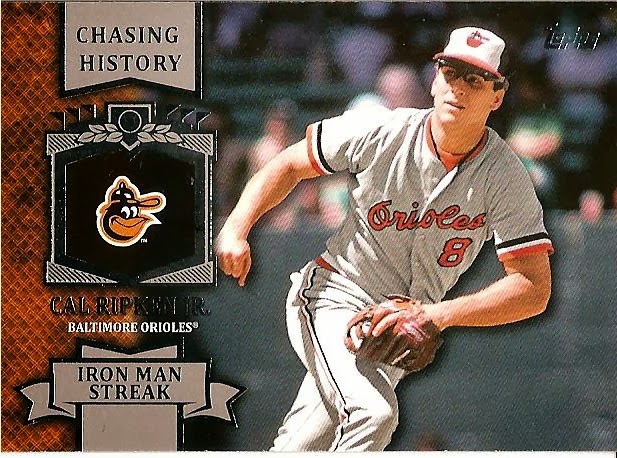 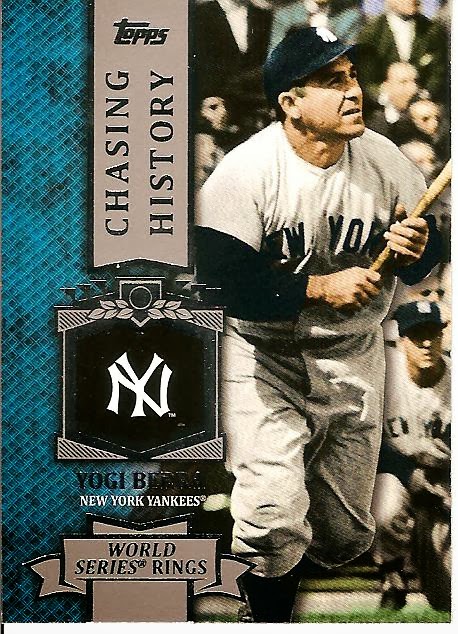 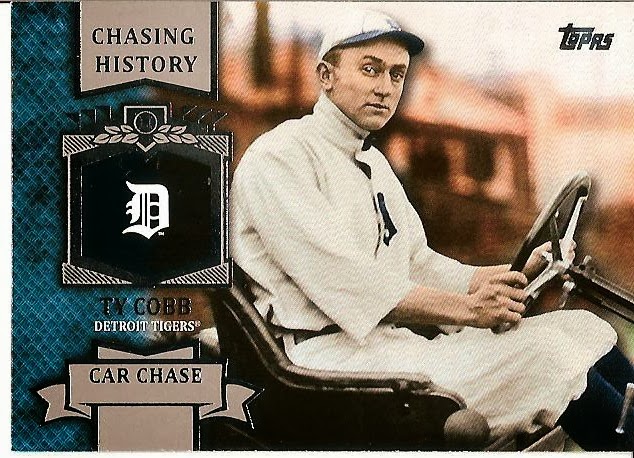 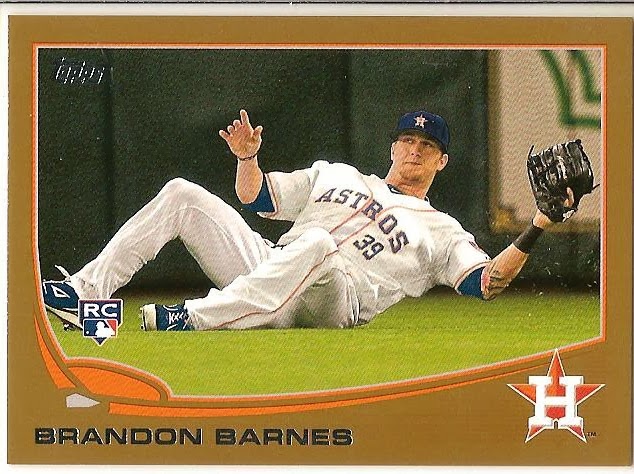 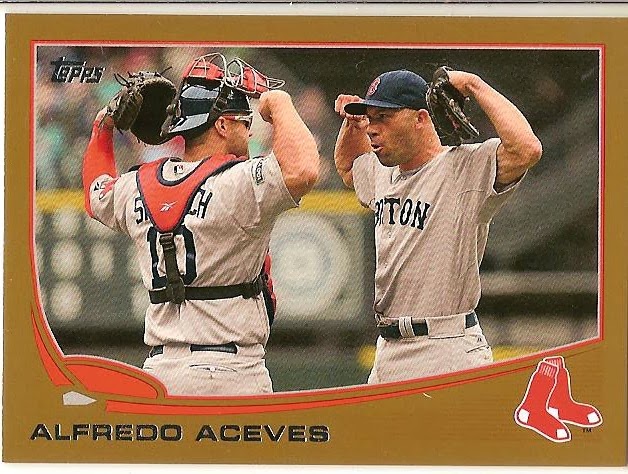 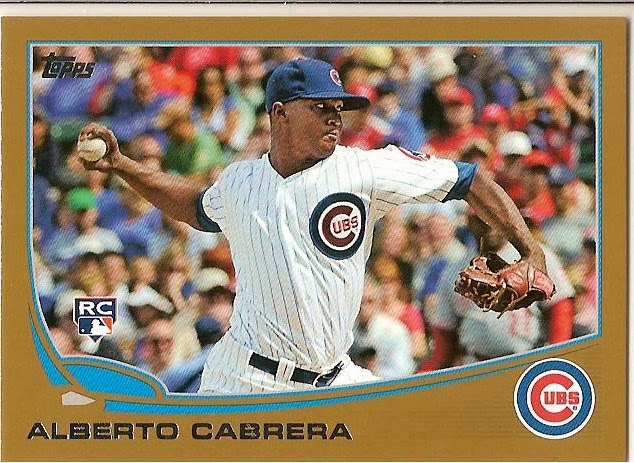 Last gold that I got was the best Yadi!!! Ya I didn't think that I would be pulling any Cardinals and I pulled the best one that I could get.(Not For Trade) #D 20/62 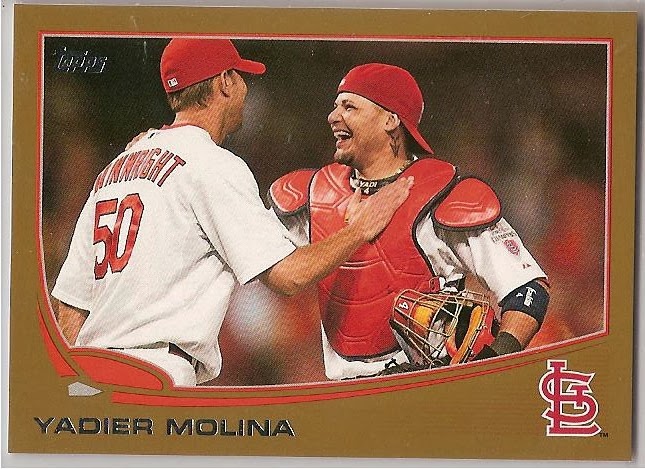 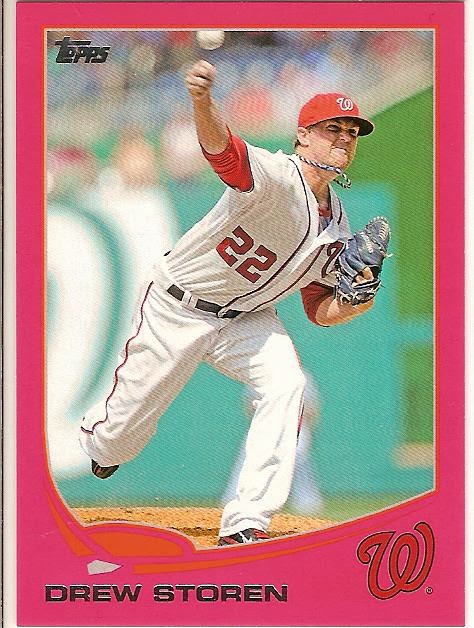 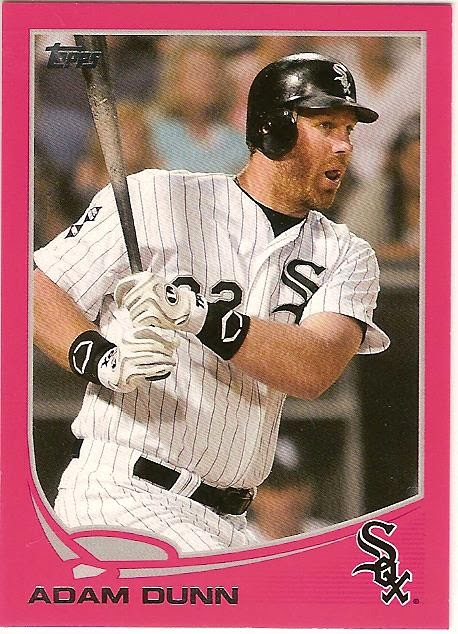 Last, but not lease the mini relic.

The one and only Buster Posy!!! This card is also for trade 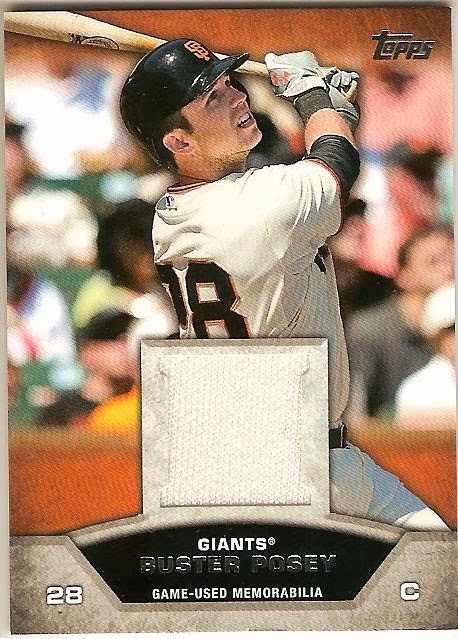 After opening this box this has to been one of my faviorte boxes that I have opened yet. I was so happy with this box I think that when 2014 mini comes out that I will buy a box or two. I was really happy with the fact that I pulled 4 golds and 2 pinks, and uselly you only pull about 3 golds and 1 pink.