Some vintage Cardinals from William

Hello everyone I got some mail from William the other day and he has wen to his local card shop and they had some vintage stuff so lucky me he picked some Cardinals for me. If you happen to be new to my blog William is a awesome blogger and friend to me I am telling you should try to do a trade with him or just try to talk to him he's really nice his blog is http://foulbunt.blogspot.com/ check it out!

Ok so here's the pretty cool vintage Cardinals that he sent. 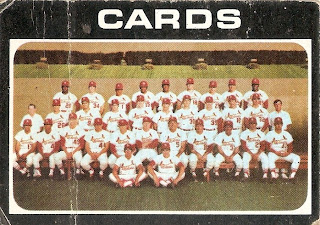 This is a 1971 Topps Cardinals Team card I thinks that this is a pretty nice looking card. Some bigger name from this yeah would be Bob Gibson, Steve Carlton, and Lou Brock. 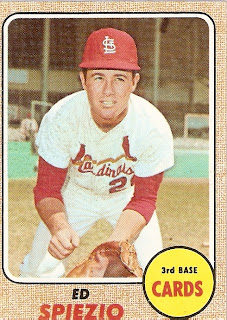 This is a 1968 Topps Ed Spiezi I tried looking to see if he did anything good in his career that I could talk about him but didn't find anything. 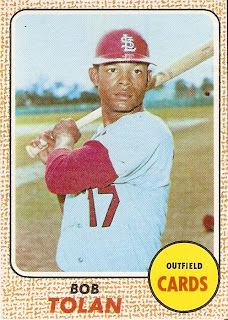 Another 1968 Topps this is Bob Tolan. 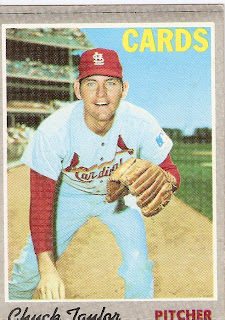 This is a 1970 Topps Chuck Taylor I guess that my scanner cut off his name because trust me it not that bad off. Chuck Taylor was a picture he was a rookie in 69 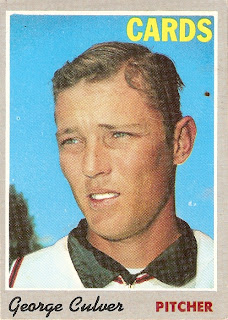 Another 1970 this of George Culver another pitcure. 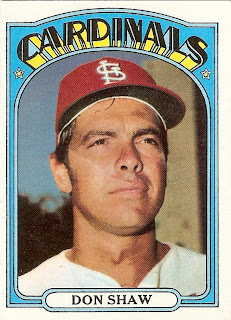 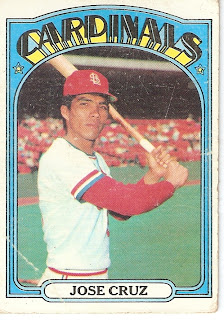 Last we have two 1972 first one Don Shaw and Jose Cruz I think you all know that these cards might looks like something from this years Topps as a insert. Well it's really late over here or I would of said a little more about the card.

Thanks William for again the awesome stuff that you sent me!
Posted by Unknown at 4/23/2013