New Chrome auto for the set. 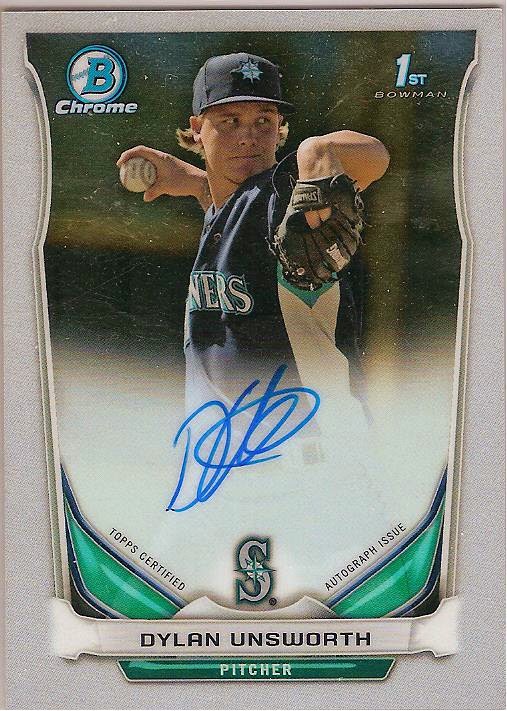 I looked up and found out that there is 148 auto's that I would have to get for this to complete the entire 2014 Bowman auto set with players like Kris Bryant, Carlos Correa, and Bryon Buxton I don't think that I will be completing anytime.

Right now I only have 13 autos from 2014 making that only 8% that I have done. More the most part there are still a ton auto there that I can pick up for around $1-$2. I'm mostly just doing this because I figured that in the long run it would be a good investment.

So on to the card, I got this card from my friend Weston and this is Dylan Unswarth who plays for the Mariners. He was signed as a free agent and hasn't been to hot in the minors having a 4+ ERA.