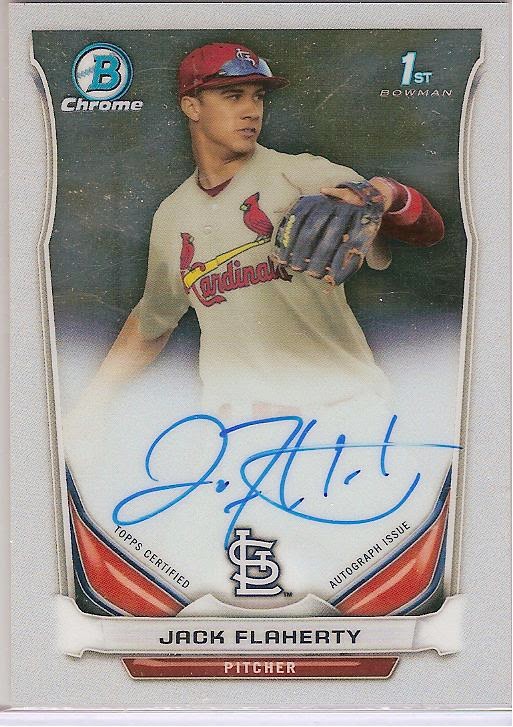 I got a package in the mail the other day from my good friend William that contained a ton of goodies in it. One card that Will just gave me was this 2014 Bowman Draft auto of 1st rounder Jack Flaherty. I think that Flaherty will end up being pretty good and something like a Michael Wacha. 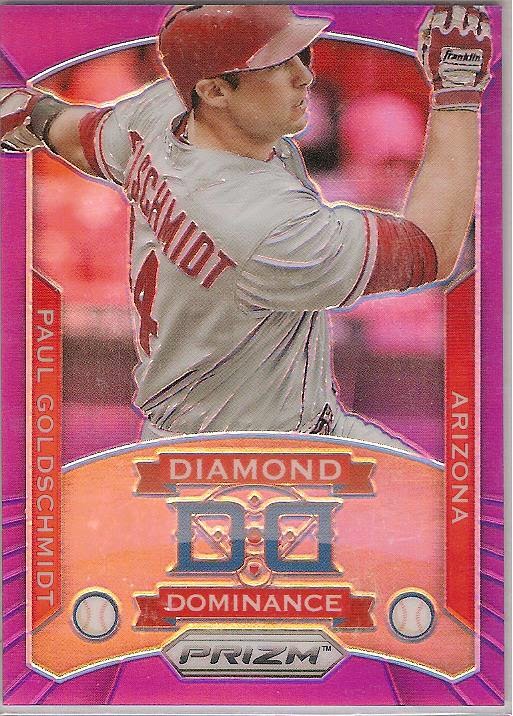 Will was able to find this 2014 Panini Prizm Diamond Dominance Purple refractor #D/99 for my new PC of Paul Goldschmidt. My Goldy PC is turning out pretty good with the two auto's that I already have in it, and I have two more coming in sometime soon. 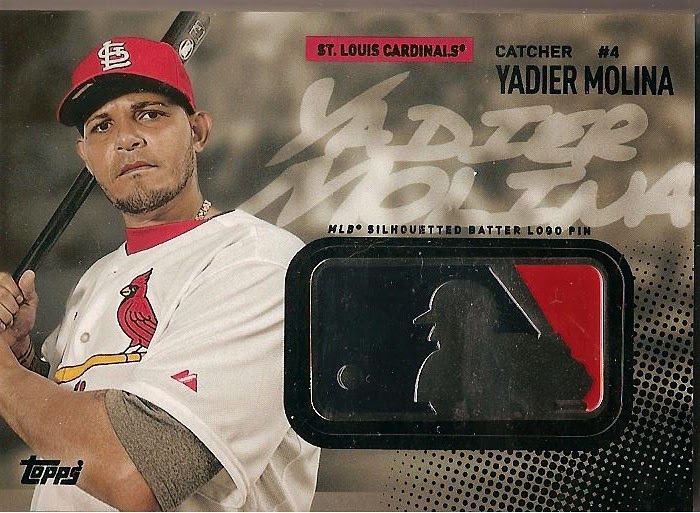 I acquired this 2015 MLB logo pin of Yadier Molina in a trade with William's son, Chris. Chris is a giants fan so I traded some giants that I thought that he might like. 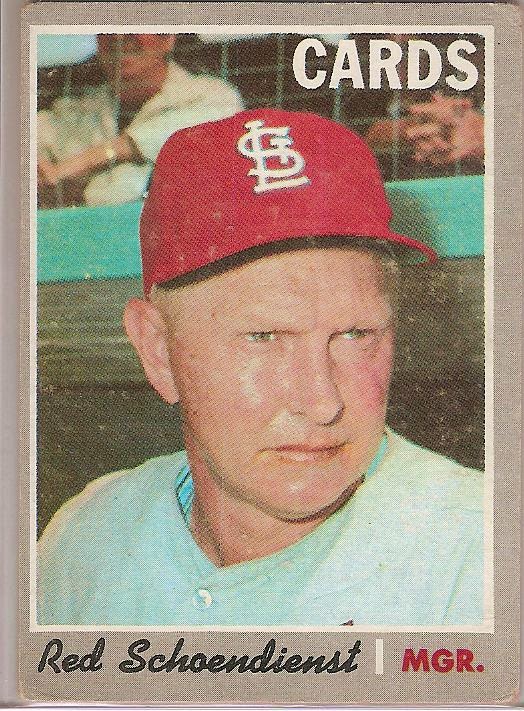 Last card that I got in the package was a card that I don't remember talking to will about  and was a complete surprise to me was this 1970 Topps of HOFer Red Schoendienst as a Manger.

Thanks Will and Chris for the Package!