Hello everyone Andrew here. I finally got some time to find all my trade stuff and, some time to find some stuff to post about. If you were waiting on a trade package don' t worry I will get them out by Monday.So I have actually got a bunch of stuff to show you guys but will just make them in three of four different post.


William is one of my best friends and he is always sending me some sweet stuff and sometimes I fell bad because I never really have that much in return. I'm just going to go ahead and say thanks for the cards!

Ok so here is all what you guys really want to see the stuff he send so William busted three jumbos of series 2 when it came out and out of the kind of his heart he always sends me a bunch of Cardinals base and inserts so here it all is. 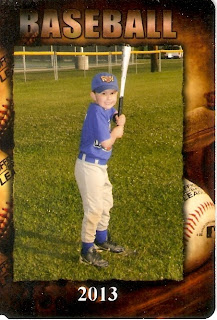 First off something that wasn't from the jumbo boxes. He sent me a card with a picture of his son Chris.He looks like he's ready to play some baseball. 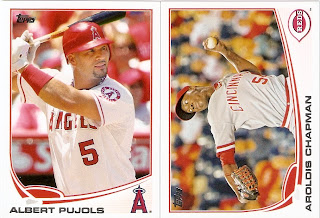 Albert Pujols and Aroldis Chapman Base 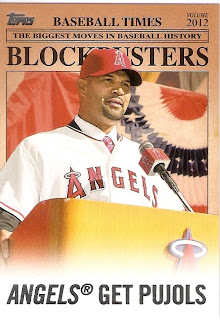 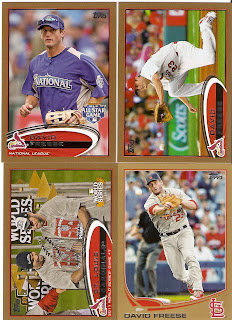 I got four golds

My favorite part of the package are theses awesome HOF think cards of awesomeness
THANKS WILLIAM!
Posted by Unknown at 7/05/2013