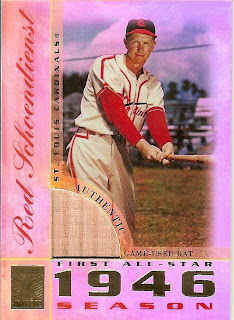 Wow, it's been near a month since my last post. I guess time a really gotten away from me. I've been pretty busy with school just getting out and now I have been doing a lot running training for Cross Country. I haven't done many trades lately but just a couple on being with some due on Instagram that I totally forgot him name.

One card that I got was this really nice 2004 Topps Tribute Red Schoendienst relic. I'm trying to get more of just HOF cardinals cards now and not so much of the current player stuff because every time I get a bunch of a current Cardinals player it always seems that they get traded or get released. 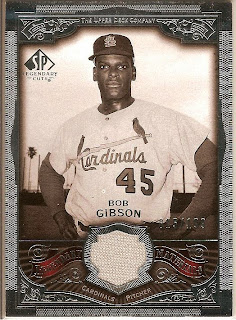 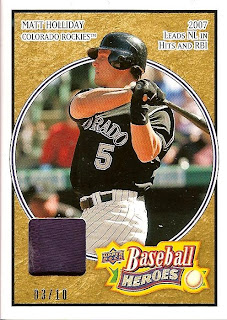 I got myself another one of these Upper Deck Baseball Heros of Matt Holliday I now have 4 relic and 1 auto from this set. This one is #D/10 and is just a big purple patch. 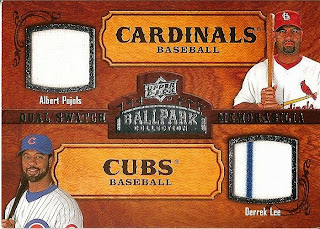 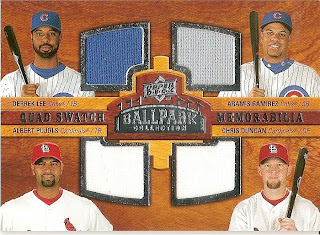 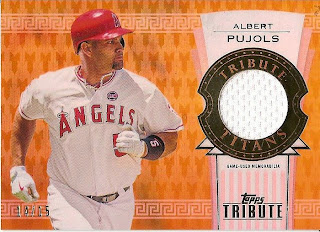 The last car is this trade was this sweet 2014 Topps Tribute Gold Relic #D out of only 15. This card look a lot cooler in person than what it does in this scan.

Sorry that I haven't posted in awhile. Now that summer is here I should have some more post comming up.