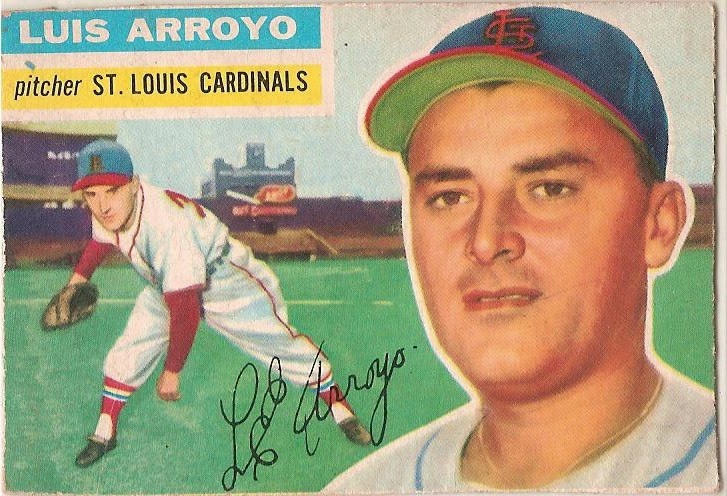 I got a nice little box in the mail today from William, some being pickups for my PC's with some Cardinals cards as well. One card that Will threw in for free was this 1956 Topps Luis Arroyo, Luis only played one season with the Cardinals in 1955 (his RC season). This was a pretty nice throw in for my vintage Cardinals that I have pilling up. 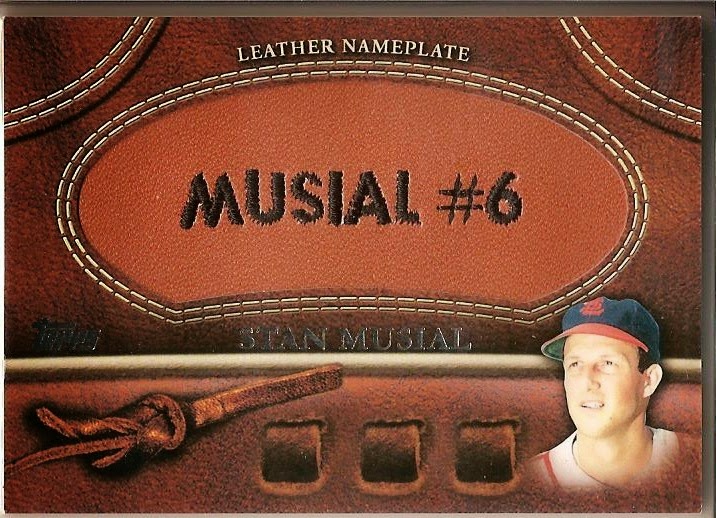 One card that Will had available was this 2011 Topps leather nameplate of Stan Musial. I don't have to many cards of Stan so this was a real nice addition. I know that a lot of people don't really like these, but I think that they are pretty cool looking. 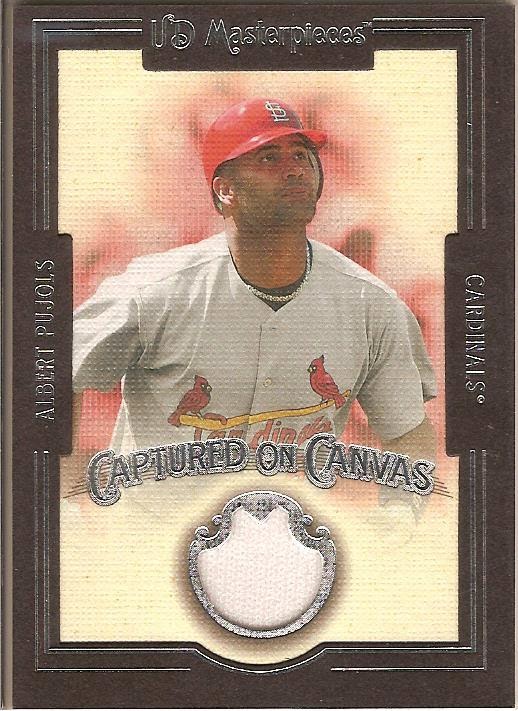 William had several Pujols that I was able to take off his hands, one being this 2007 Upper Deck Masterpieces relic. Man, I really love masterpieces I just wish that these where still out because I would buy, but that will never happen with Upped Deck probably never coming back. 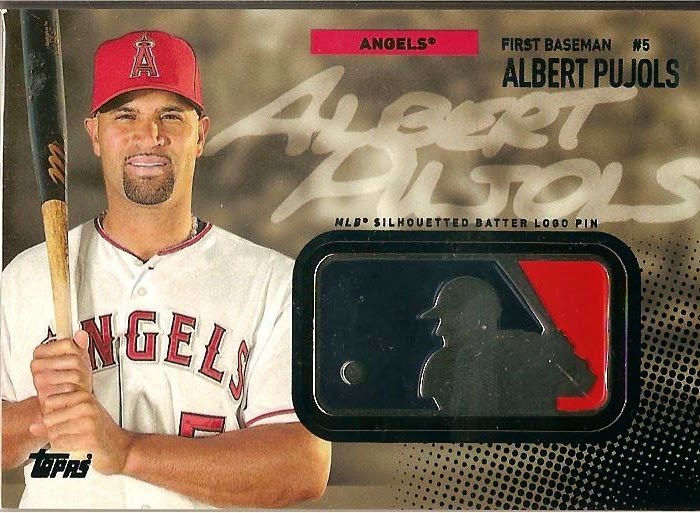 William got this card recently in one of his jumbo boxes that I watched his open. This is the 2015 Topps MLB logo pin manufactured card of Albert. I'm not really sure if I like these or not. I liked the pin card from 2012 because these don't have much design to them. 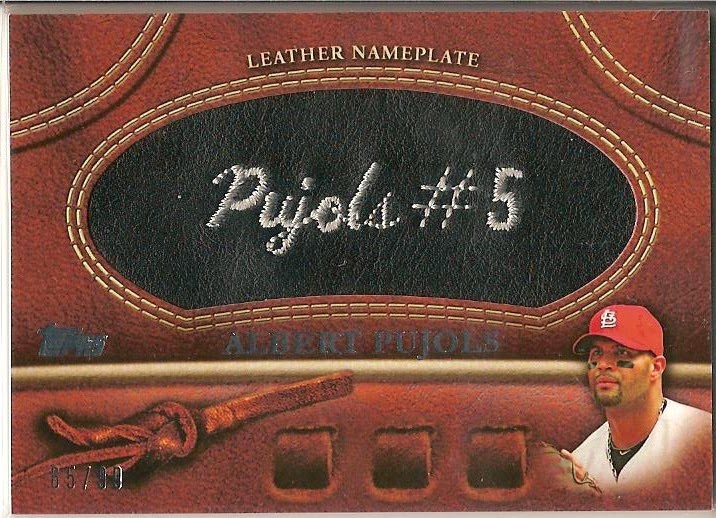 Last big card that I got in my pickup was this 2011 Topps Leather Nameplate black #D/99. This is a pretty awesome addition to my Albert PC.

Thanks William for the great deal on all these cards!