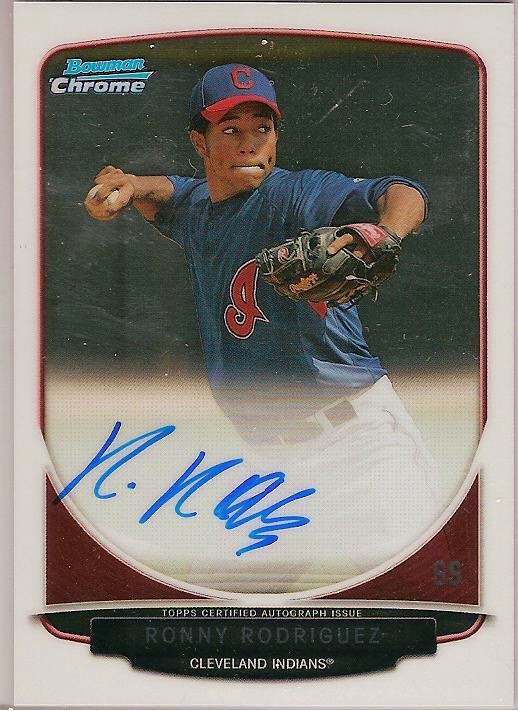 Hello everyone, Andrew here. I'm back today with you guys to show you part of what I got in the mail today from my COMC package. For you who don't know i'm trying to put together somewhat of a master set from 2013 and 2014 Bowman. So for right now I'm trying to get all the auto's I can (chrome and retail).

The first pickup that I was able to get for myself if the shown above 2013 Bowman Chrome auto Ronny Rodiguez, surprising this is my first chrome auto for 2013, probably because I had already picked up 8 of the retail autos. I was able to pick this one up for $1.40 or something like that, there were cheaper ones but I was just trying to spend the last little bit of money that I had left. 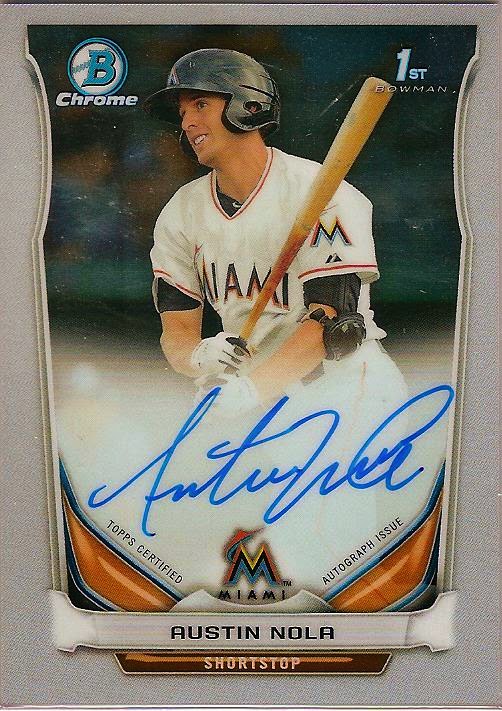 Last card that I picked up was this 2014 Bowman chrome auto Austin Nola. This is my 3rd chrome auto for 2014 and I already have 4 of the retail autos. I think I paid around $1.30 for this and could have picked a different one for less than a $1 but I saw how pretty this guy's auto looked and I knew I had to get it, the auto on the one they had for less than a $1 wouldn't have even come close to comparison to this one, I mean this is a real auto and not scribbles.