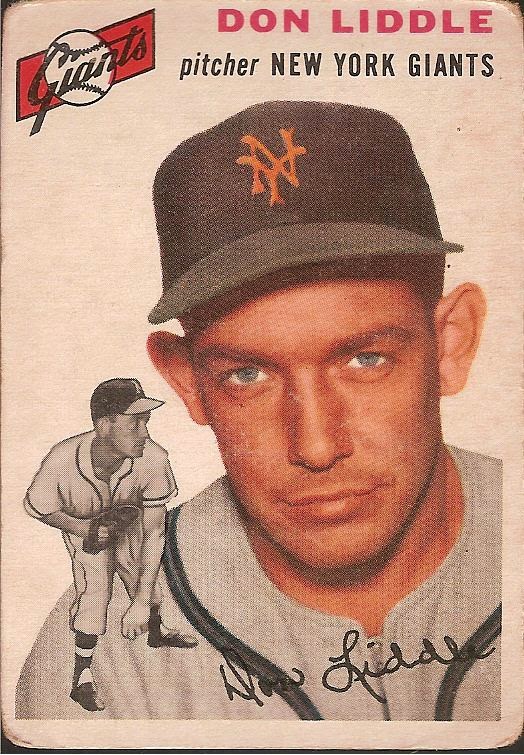 I got a package from a good friend William last night with a bunch of supplies that he picked up for me, and as always he added some really nice cards in there for me as well.

First off, I got this 1954 Topps Don Little vintage card, Don Little might seem like a no one to you but to me is the only guy from Mt. Carmel to make the MLB. Don was actually quite good to, but before I tell stats and stuff I want to just talk about him a little.

Done Little was signed by the Boston Braves as a free agent in 1946; he got traded in 1953 to the Brewers and made his major league debut with them that year. Don Was already 27 years old when he made is major league debut, and only played in the majors for 4 years when he ended his career with the St. Louis Cardinals.

Overall Don was a really good pitcher, and it was too bad that he only got to play in the majors of only 4 years, otherwise I think that he would had even been better than what he already was. 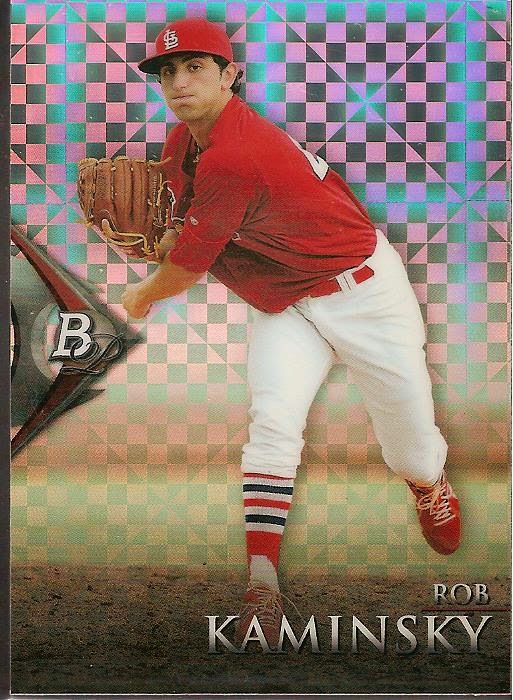 Last thing that I got from William was this sweet looking 2014 Bowman Platinum Rob Kaminsky, Rob has been tearing it up in the minors lately.

Thanks Will for the cards!