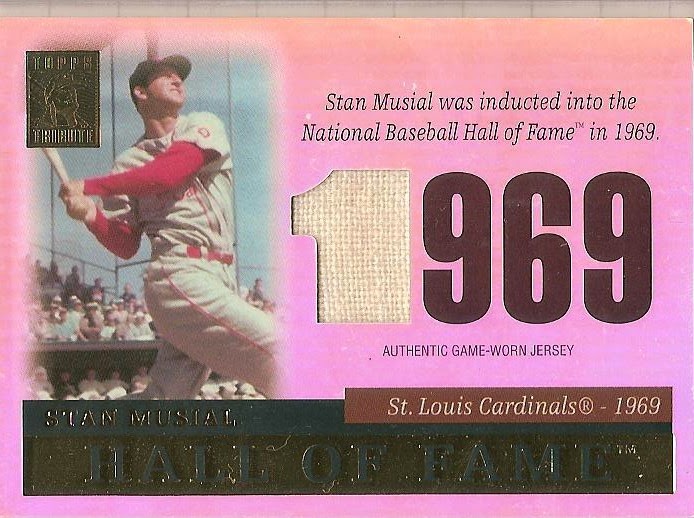 A couple days ago, I completed another trade with a guy named Michael that I meet on Instagram. I traded him two signed baseballs of HOF players, Bobby Doerr, and Monte Irvin, and in return he sent me this very sweet 2004 Topps Tribute Stan Musial relic, Lou Brock relic, and a nice stack of Cardinals vintage. 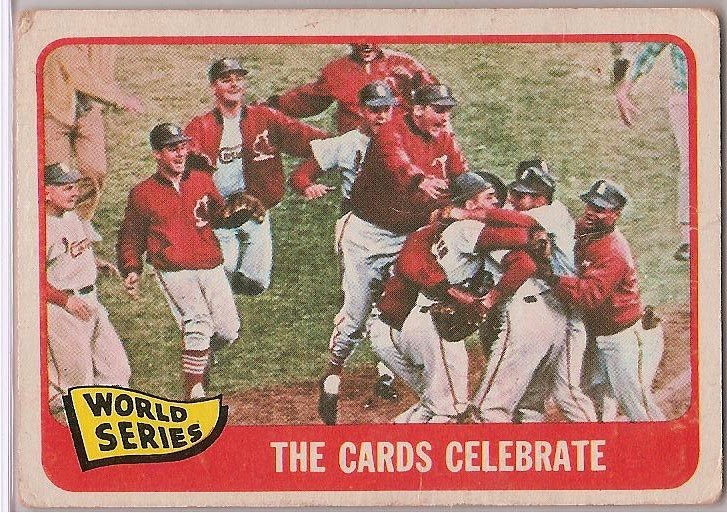 There was so much good vintage, and one of them was this 1965 Topps World Series "The Cards Celebrate". This is a pretty awesome card, and back in 1964 was when the Cardinals beat the Yankees in game 7 of the World Series to win it all. I'm glad that I was able to pick this up in the trade. 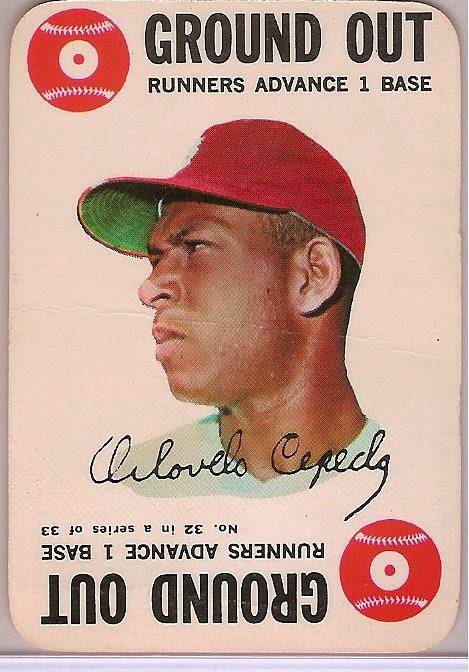 Next vintage card that I got was this sweet looking 1968 Orlando Cepeda game card. I don't have many cards of Cepeda in a Cardinals jersey, so this was also a really nice add to my Cardinals vintage collection. 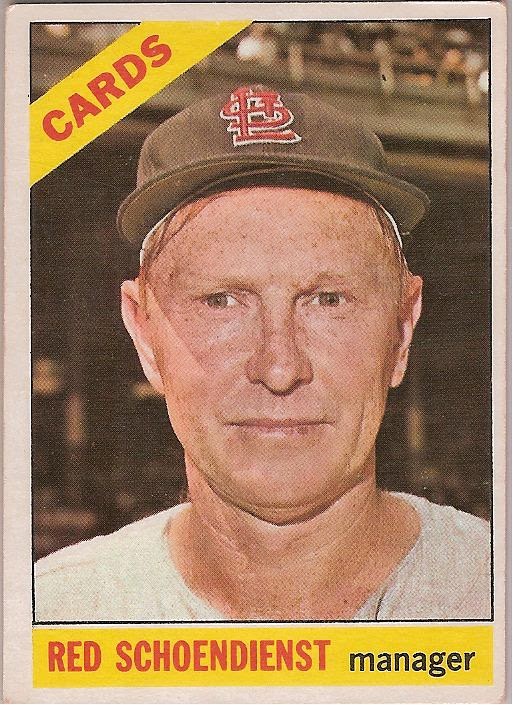 One of the nicer vintage cards that I really wanted, and I got was this 1966 Topps Red Schoendienst manager card. Red is up there with my top 5 favorite Cardinals HOFer's. Red led the Cardinals to the 67, and 68 NL pennants, and won the 67 World Series. 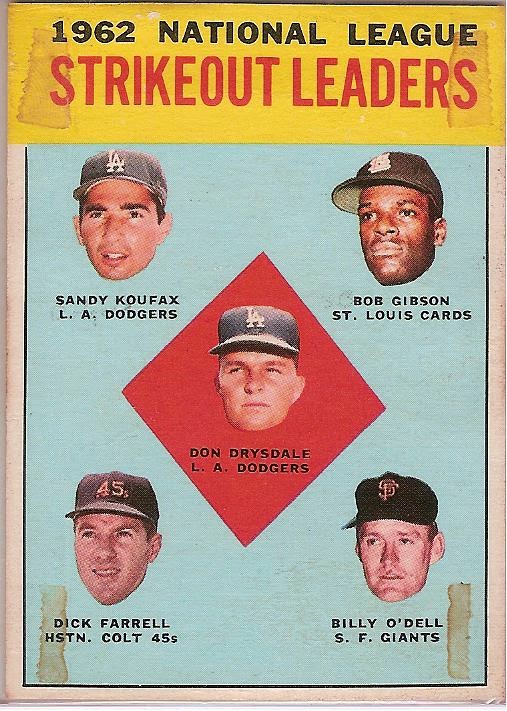 The highlight of the vintage cards was this 1964 Topps 1962 "National League Strikeout Leaders" with three HOFer's on it. There is Sandy Koufax, Don Drysdale, and Bob Gibson, although this cards has some kind of tape damage on it, it is still a great card and will be going into my Bob Gibson collection. 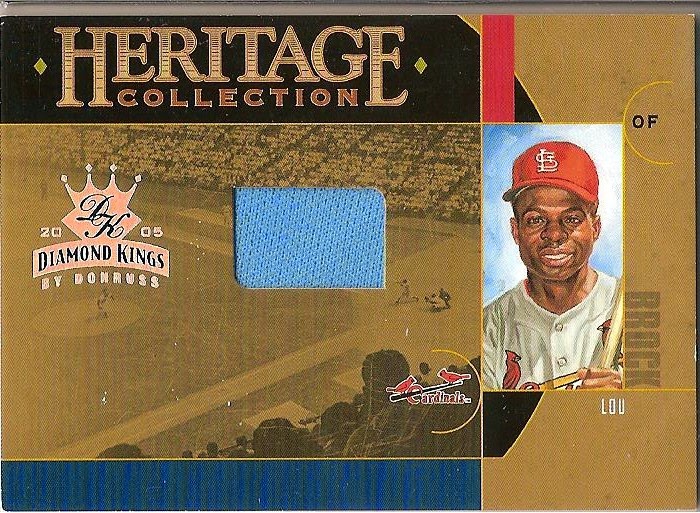 Last, but not lease is this awesome 2005 Diamond Kings Heritage Collection Lou Brock Relic #D/100. This and the Musial relic were the two mail cards that I was wanting in the trade, but I did end up getting some very sweet vintage as well.

Thanks Michael for the awesome trade, and I hope that we are able to do some more trades in the future!