An Awesome COMC Package! Part 2 of 2

Hello everyone, Andrew here. I will just be showing you guys my last part of goodies that I got from comc that I didn't show in yesterdays post.

Some information about Ramsey. He was originally drafted in 2011 by the Twin, but declined the offer. In 2012 He had another chance to be drafted and was first pick by the Cardinals and was 23rd over all. He right now is in (AAA) Memphis.

As far as I can see looks like Ramsey might have a chance at the big leagues, but it is not sure right now. The Cardinals have some many other good prospects out there. 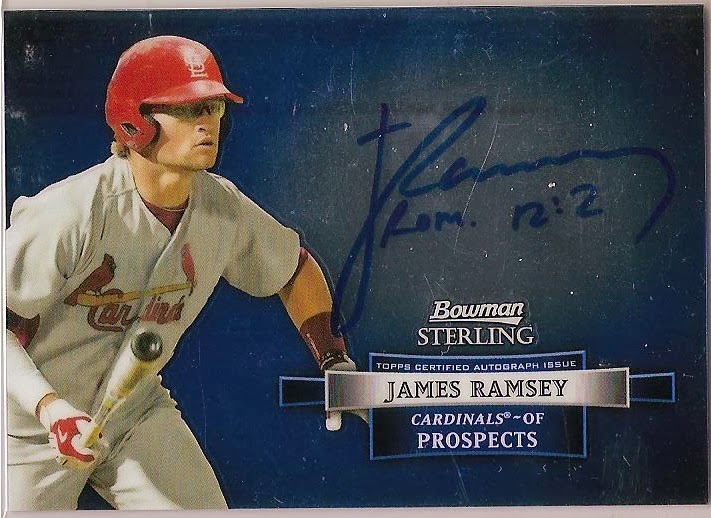 Here we have a 2011 1st Bowman Chrome auto card of Jordan Swagerty. I was able to pick another out of him for a super good price I got two auto's out him for less than $2. I think that I did good there.

Some info that I found on Swagerty. He was Originally drafted by the Rookies in 2008, but did not sign with them, 2 years later (2010) the Cardinals picked him up in the 2nd round. Swagerty right now is 24 years old and last was seen in A+ ball.

In my opinion I don't think that he will make the big leagues, if he did I would imagine that we will probably try to trade him. I don't see a 24 year old pitcher making it to the big leagues looks like he had already lost his change as far as he has made it so far is AA, but later got sent back even lower. 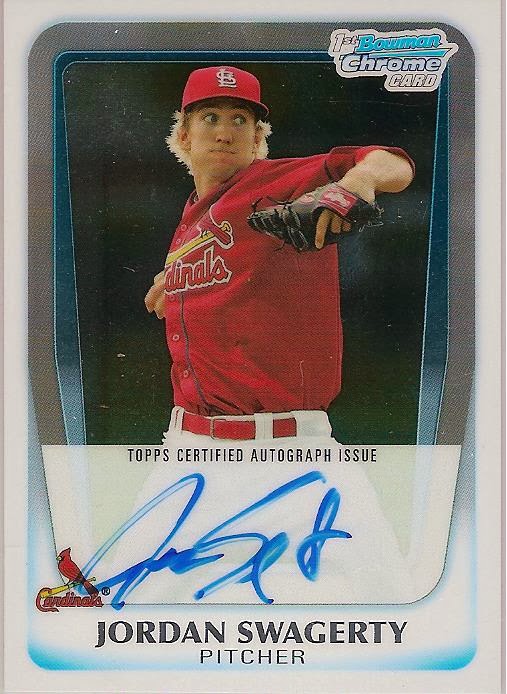