Here we have some Great mail from Drew Mihans at http://drewsbbcards.blogspot.com/ I met Drew when William told me about him I added him on Facebook and we got a trade shorted out in about 30 min.
Here are the cardinals cards that he gave me. drew is a great person you should do a trade with him!

Here is my Favorite a Albert Pujols 2009 Upper Deck Spectrum Swatches numbered 85/99 I thought that would be awesome for my Albert Pujols PC! 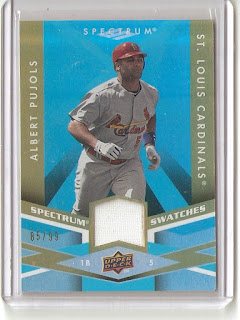 Here is a cool card that he sent me that I really like! it is a Mark Mulder Upper Deck Baseball Heroes green
numbered 380/399. 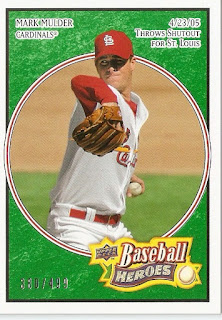 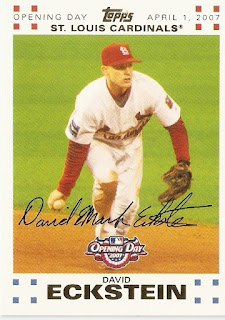 I have more to show you but will make a part two the three that I am showing right now are my favorite!
So go to Drew Blog at http://drewsbbcards.blogspot.com/ Thanks!